A new drive to encourage and support more members of the African Caribbean community to get elected as MPs and councillors has been launched with the backing of Labour leader Jeremy Corbyn. 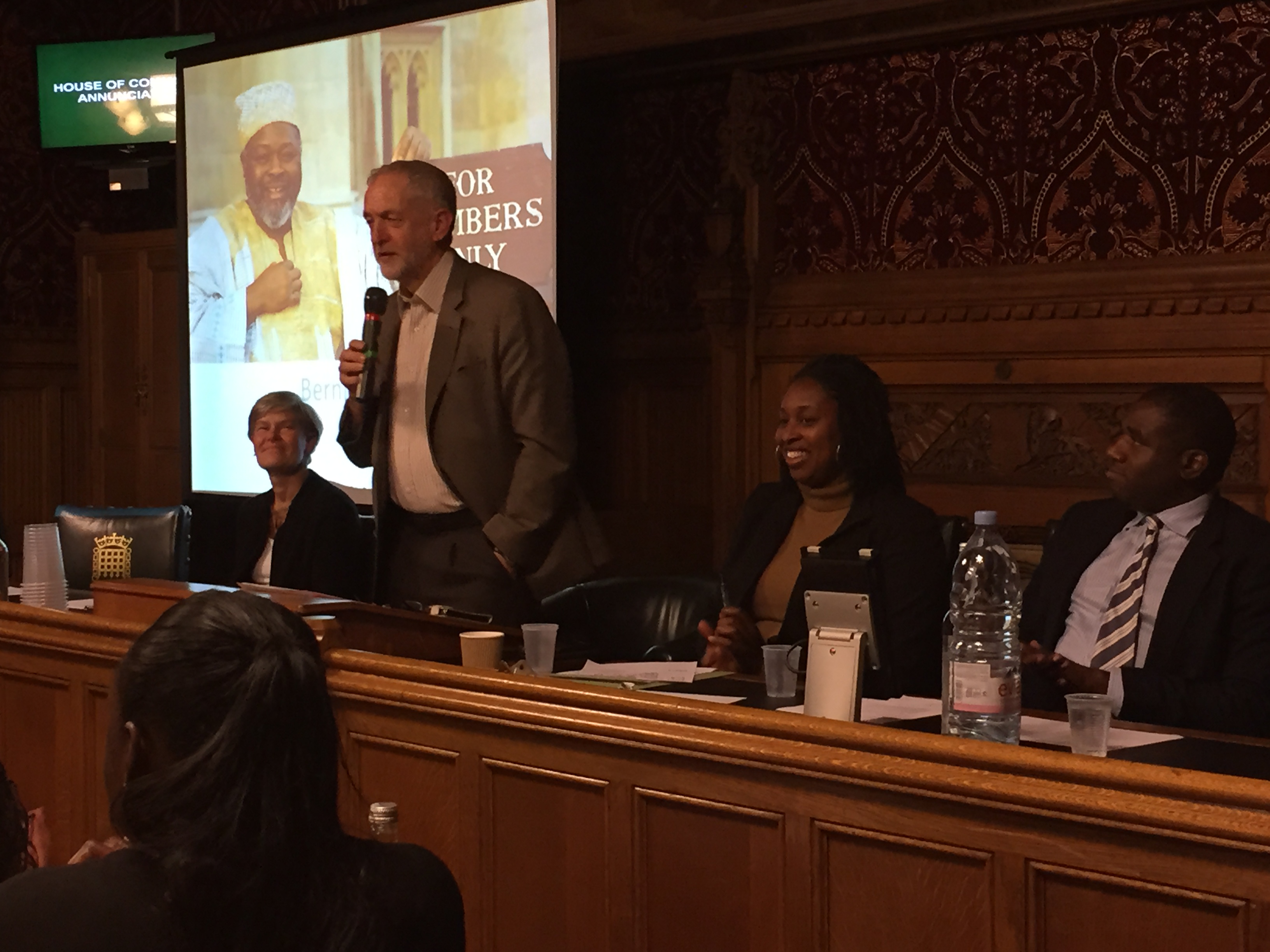 Bernie’s List is modelled of Emily’s List which helped bring about the surge in women MPs and councillors.  It will target support for African Caribbean members seeking selections as MPs, councillors and other elected positions. It is named after the inspirational Tottenham MP Bernie Grant who entered the Commons in 1987 along with Paul Boateng, Diane Abbott and Keith Vaz.

It is being organised by Dawn Butler who gained Brent Central in May. She says “That was a great day 1987 but progress has been much slower than it should have been.”

“I genuinely welcome the progress the Tories have made. As  the chair of the All Party parliamentary group on Governance and Inclusive Leadership, I’m passionate in pressing all parties to increase representation. I’m determined, however, that Labour will lead the way and I’m delighted that the new leader Jeremy Corbyn shares that determination.”

Jeremy Corbyn was a friend of Bernie Grant’s from their time on Haringey Council where Bernie was leader before becoming an MP. He joined Bernie Grant’s widow Sharon at a Black History Month symposium in the Commons to re-launch Bernie’s List. Also there were the Shadow Equalities Minister Kate Green and MPs, Diane Abbott, Dawn Butler, David Lammy, Kate Osamor, Chi Onwurah and Keith Vaz, along with leading African Caribbean from the community and business.

Dawn Butler said: “Jeremy’s support is a recognition that Labour Party needs to put new energy into embracing voters and activists of colour -; and getting more of them in elected office.

“Our task will be to reach out into every constituency and enthuse members, new and old, to recognise that we need a party that looks and sounds like the communities we represent. That can only happen if we can recruit and develop the African Caribbean talent in our midst. That is why we need Bernie’s List.”