Victory for my Prepay Campaign

Hidden deep amongst the referendum result early on Friday 8th July 2016 was the release of the Competition and Market Authority’s, two year in the waiting, Energy investigation and the huge news that energy bills will be capped for those on prepayment meters, potentially saving homes £300 million a year. 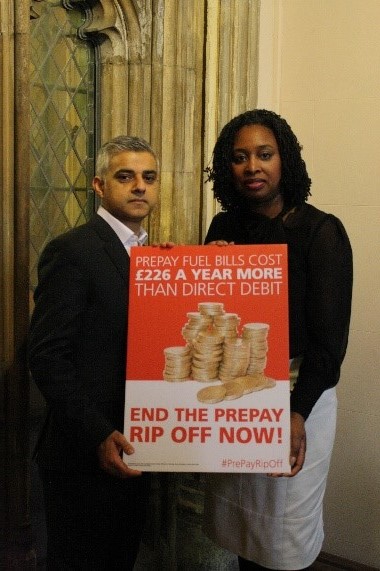 This heralds the biggest victory and step towards Dawn Butler MP for Brent Central’s prepayment meter campaign “PrePay Rip Off”, which calls on all prepayment users to pay the same charges as consumers paying by direct debit.

First launched two years ago when the Labour Party, through their energy price freeze campaign, forced the Coalition Government to commission the CMA to undertake the investigation, looking into the energy industry as energy bills continued increasing, the perceived lack of competition and whether there were any possible solutions to these problem.

In the early stages of the report the CMA considered some radical proposals such as breaking up the Big Six energy companies and the important role that comparison websites provide and the possibility that setting up an independent website would give consumers an unbiased view for alternate tariffs.

However, with the release of the final report this Friday, after sustained lobbying from the Big Six, it became clear a large number of these proposals had been dropped, even the findings that were included in the last provisional findings just a few months ago that consumers were overcharged £1.7 billion a year are nowhere to be seen.

But Dawn Butler MP’s sustained campaigning for equality in the energy, and in particular prepayment meter market, has paid off heralding a big victory.

Now 4 million households paying by prepayment meter will have their bills capped by 2017 which will see them saving an estimated £300 million a year.

“It is fantastic to see my name in this report, calling for the cap to be implemented. It represents a big first victory for my campaign and a huge step towards ensuring that no consumers are penalised because of the way they pay their gas and electricity bills.

However, when Labour called for change in the energy market two years ago, we demanded real change in the way that energy customers were treated. This report offers little else as the Big Six, earning billions in profits every year, have lobbied their way successfully out of a tight spot.

What started off as a report with real teeth has just about limped over the finish line two years on, no wonder they buried this bad news after the referendum.”