Today the people of Brent Central face a choice. It’s a choice between five more years of the failing Lib Dem-Tory plan and Labour’s better plan.

Dawn Butler is offering a different vision for the future, one that will put Brent residents first. 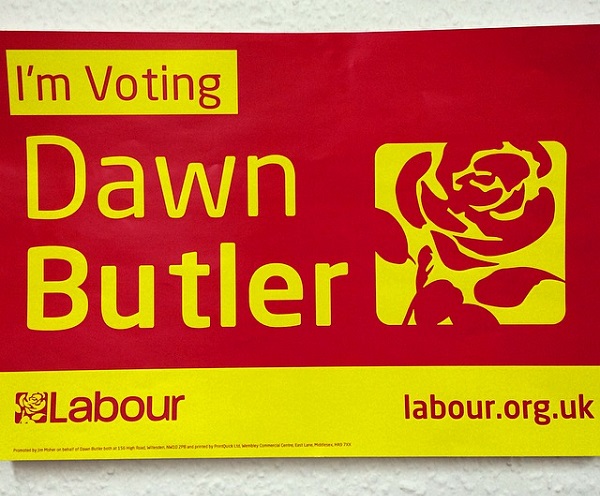 We’ll get the economy back on track, but we’ll do it in a fair way: tax avoidance will be clamped down on, millionaires won’t get tax cuts and people living in homes worth over £2m will pay their fair share.

The next Labour government in numbers:

Zero -; the amount of stamp duty first time buyers would pay on homes under £300,000

25 -; the number of hours free childcare per week for working parents

£3,000 -; the amount university tuition fees would be reduced by

20,000 -; the number of disabled people in Brent Central who would benefit from Labour’s disability manifesto pledges

80,000 -; the number of new apprenticeships that would be created 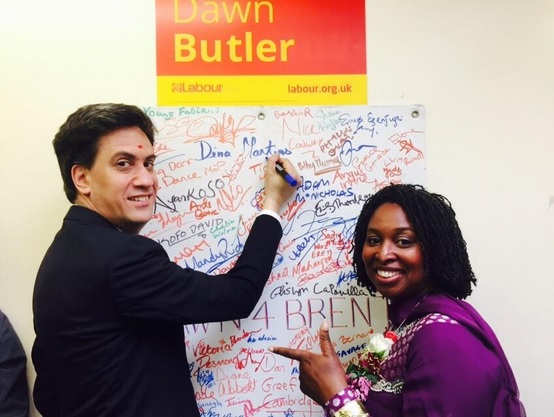 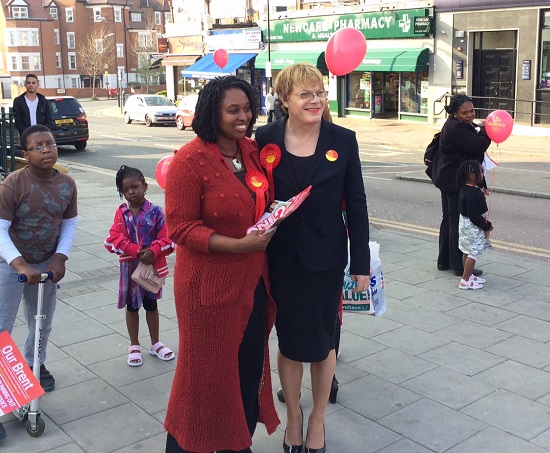 The policies of the coalition government have been disastrous for local people in Brent.

David Cameron and Nick Clegg have presided over the closure of Central Middlesex A&E, the introduction of the bedroom tax on the most vulnerable in society and a trebling of university tuition fees, all whilst giving tax breaks to millionaires.

The Lib Dem-Tory coalition in numbers:

33% – the increase in childcare costs in Brent for nursery children

1,925 -; the number of people in Brent forced to turn to foodbanks last year

3,600 -; the number of children in Brent Central being taught by unqualified teachers

5,576 -; the number of households in Brent Central currently in fuel poverty 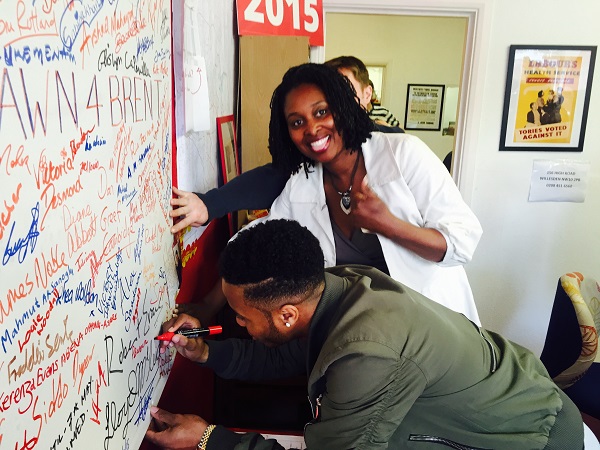 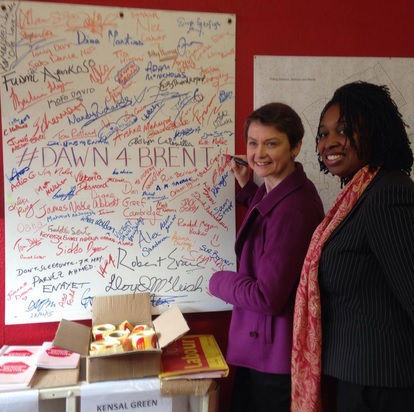 Raheem Sterling and Yvette Cooper sign the Dawn4Brent campaign board

This is the choice you face today.

In Dawn Butler, the people of Brent Central have a community champion who will fight every step of the way for their interests in Westminster.

Embodying the Labour party’s values of compassion, equality and opportunity, Dawn will ensure that basic quality of life issues for people in Brent are pushed hard in Parliament, from affordable housing and a better NHS to investment in our local high streets and a fairer society.

Dawn is devoted to Brent and determined to win another opportunity to represent its people.