Dawn speaks out on the Lib Dems’ voting record 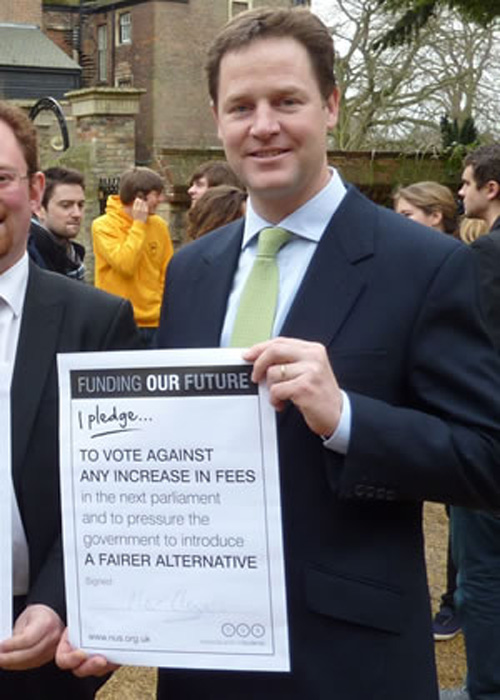 At the last election, the Liberal Democrats stood on a platform of “fair taxes that put money back in your pocket”.  In his foreword to your party’s 2010 manifesto, Nick Clegg wrote, “Don’t settle for low politics and broken promises”.

I write this to ask whether you are also proud. After almost a full term of the Lib Dems supporting David Cameron and the Tories in government, the “fair taxes” that were promised in 2010 have become the “broken promises” which were warned against and the “fairer society” which is now sought-after is further out of reach for hardworking families.

The aim of Liberal Democrat conference seems to be to pretend that Tory policies are nothing to do with them, even though your party voted for them.  Nick Clegg has been asked to be judged on your party’s record in government, and working people will do just that.  I want to ask whether you stand by and support your party’s actions in each of the votes below.

Against strengthening the minimum wage

For the Bedroom Tax

The Lib Dems voted against Labour’s motion in the Opposition Day Debate on Housing benefit, which called on the Government ‘to end [deductions being made from housing benefit paid to working age tenants in the social housing sector deemed to have an excess number of bedrooms in their homes] with immediate effect’.

For a tax cut for millionaires

The Lib Dems voted with the Tories in the Budget Debate 2012, which introduced a tax cut for millionaires by cutting the top rate of income tax.

For an increase in VAT

The Lib Dems voted with the Tories in 2010 to increase VAT, despite having campaigned in 2010 warning against a ‘Tory VAT bombshell’.

For cuts to tax credits for working families

The Lib Dems voted with the Tories in 2012 to cut tax credits for working families. As a result of the tax and benefit changes made since 2010, which the Lib Dems have supported, families will be £974 worse off by the next election.

The Lib Dems voted with the Tories to treble tuition fees to £9,000 in 2010, despite having campaigned on a promise to scrap tuition fees if they got into power.

The Liberal Democrats’ promises for the future are undermined by their actions in the past.

Under the Tories’ failing plan too many people are treading water, working harder and harder just to stay afloat. The Lib Dems backed them all the way. People will only be able to trust you if you are open about whether you stand by this voting record and support the bedroom tax, tax cuts for millionaires, tax rises for working people and higher tuition fees.