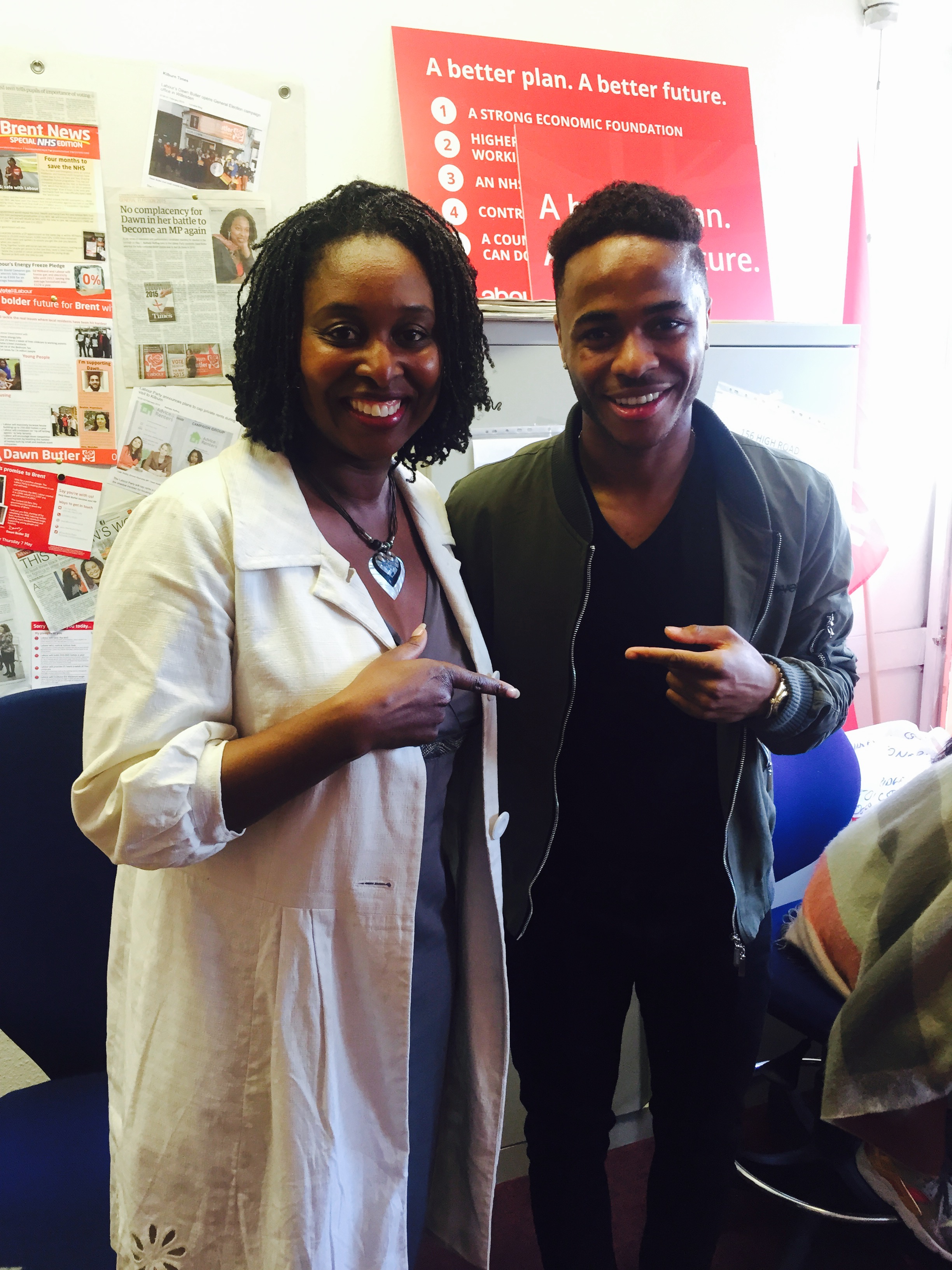 While he was there he met the campaign team and discussed the importance of having a say in the election on May 7, especially for young black people whose voices are too often not heard.

The pair also discussed some of the pledges from Labour’s new black and ethnic minority (BAME) manifesto, including the Youth Jobs Guarantee -; which will tackle the 49 per cent increase in unemployment among BAME people aged 18-24.

The 20 year-old Liverpool player, widely considered to be one of the most exciting young talents in Premier League, was in London for his side’s FA Cup semi-final at Wembley. However, for Sterling at least, the national stadium is very much ‘home turf’.

Born in Kingston, Jamaica, Sterling and his mother moved to North-West London when he was aged just five. As he grew up on the St Raphael’s estate in Brent, the new Wembley stadium was being built before his eyes, and it was the dream of one day playing there that spurred him on as a youngster at QPR.

That dream has now become a reality, and Sterling was one of England’s stand-out performers at the World Cup in Brazil last summer. Nevertheless, he still has great affection for Brent – the area he calls home.

As a former MP, during her time representing the now defunct seat of Brent South both Sterling and his mother, Nadine -; who her son jokingly claims, “thinks she’s Jose Mourinho” -; were constituents of Butler’s. It is as a result of the support she gave both of them during this period that Sterling was keen to do what he could to help her campaign this time around.

Speaking at the campaign office, Sterling said: “I’d just like to say a big thank you to Dawn for helping me and my family when we lived in Brent. She’s been a massive help to us when I was growing up and hopefully we can see her as MP again.”

Meanwhile, Dawn stressed what a great example Sterling has become for young people of BAME backgrounds in Brent: “Raheem’s a true inspiration for so many young people in our area, and represents the very best of Brent’s diverse community. His story is an amazing one -; he could easily have gone down the wrong path and turned his back on football. But with hard work, passion and determination he’s risen to the top. He deserves every bit of his success.”

She continued: “We have many talented young people in Brent who just need a chance or opportunity. I’m very proud of Raheem and all that he’s achieved and thank him and his mum from the bottom of my heart for coming along to help our campaign, it’s really given the team a boost.”