Eddie Izzard joined Dawn Butler, Labour Candidate for Brent Central, on the campaign trail last Thursday to rally support for the Labour Party ahead of the General Election on 7 May. 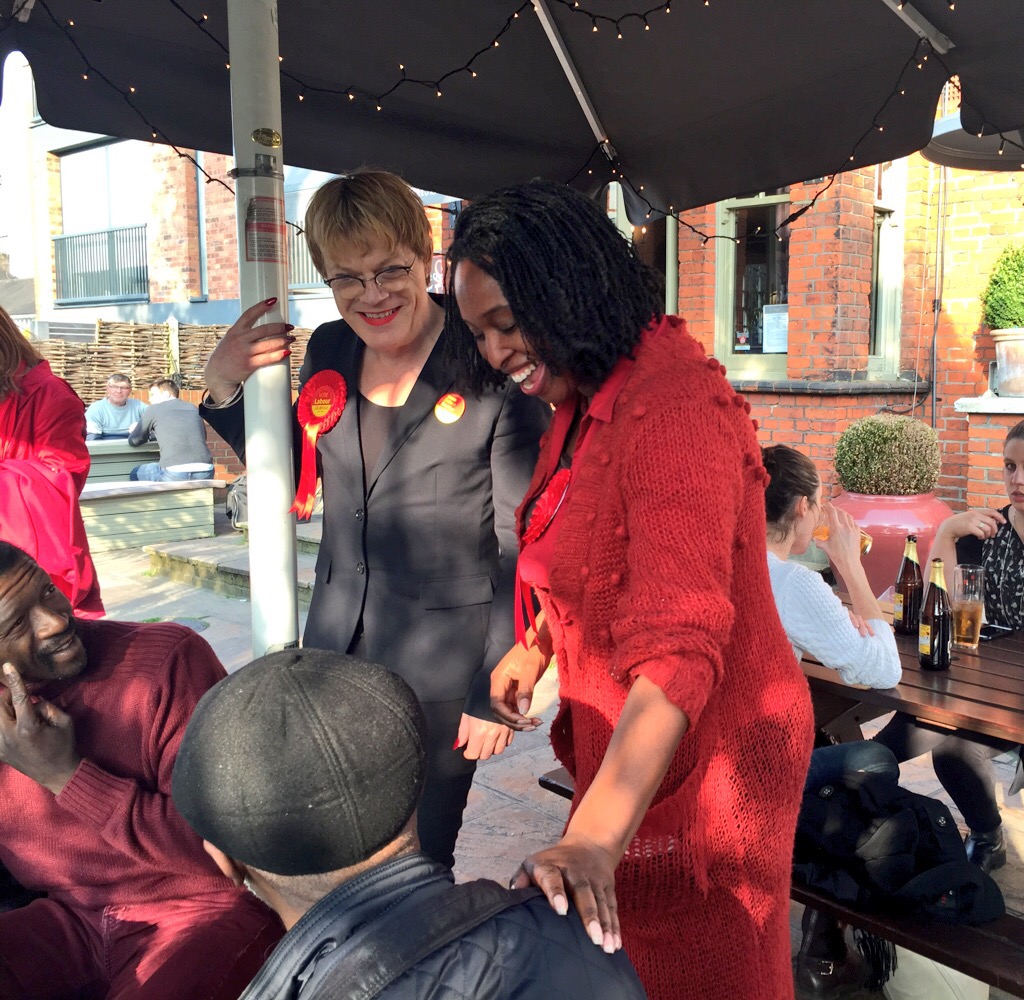 The stand-up comedian and actor joined Dawn Butler at Willesden Green station to hand out leaflets and meet with commuters, urging them to support Butler‘s election campaign.

The pair also visited a number of local shops, including the Gourmet cake shop, The Social bar and restaurant and Star dry cleaners.

? A life-long Labour supporter, Izzard posed for ‘selfies’ with fans and signed autographs while encouraging people to use their vote in the election, and to vote Labour.?

? A key Labour activist, Eddie Izzard said: “I believe in fairness, I believe in wealth creation and a safety net. I joined the Labour Party in 1995 and I’ve been an activist since 2008 because I believe you get a fairer society under Labour.“

? “I believe if we fight like crazy, and we put forward our ideas we can win this seat for Dawn Butler and the Labour Party.“

? “I want to see a fair and equal society and that’s why I’m backing the Labour Party.”

? Dawn Butler, Labour’s Parliamentary Candidate for Brent Central, said: “It was an honour to welcome Eddie today to support my campaign to represent the people of Brent.“

? “Eddie draws a huge crowd wherever he goes, and he’s able to reach beyond traditional party politics. It’s great to have his backing and to speak to voters about key issues like saving our NHS and tackling the cost of living crisis.”

? The visit was part of Izzard’s tour of key battleground seats across the country in support of the Labour Party.