Dawn named as Overall MP of the Year Award 2017

Mr Speaker, Rt Hon John Bercow MP and Patron of the Patchwork Foundation announced the winners of the MP of the Year Awards 2017 sponsored by KPMG at Speakers House on 15th November 2017, for those MPs who have represented and work well with underrepresented, deprived and minority communities across the country. 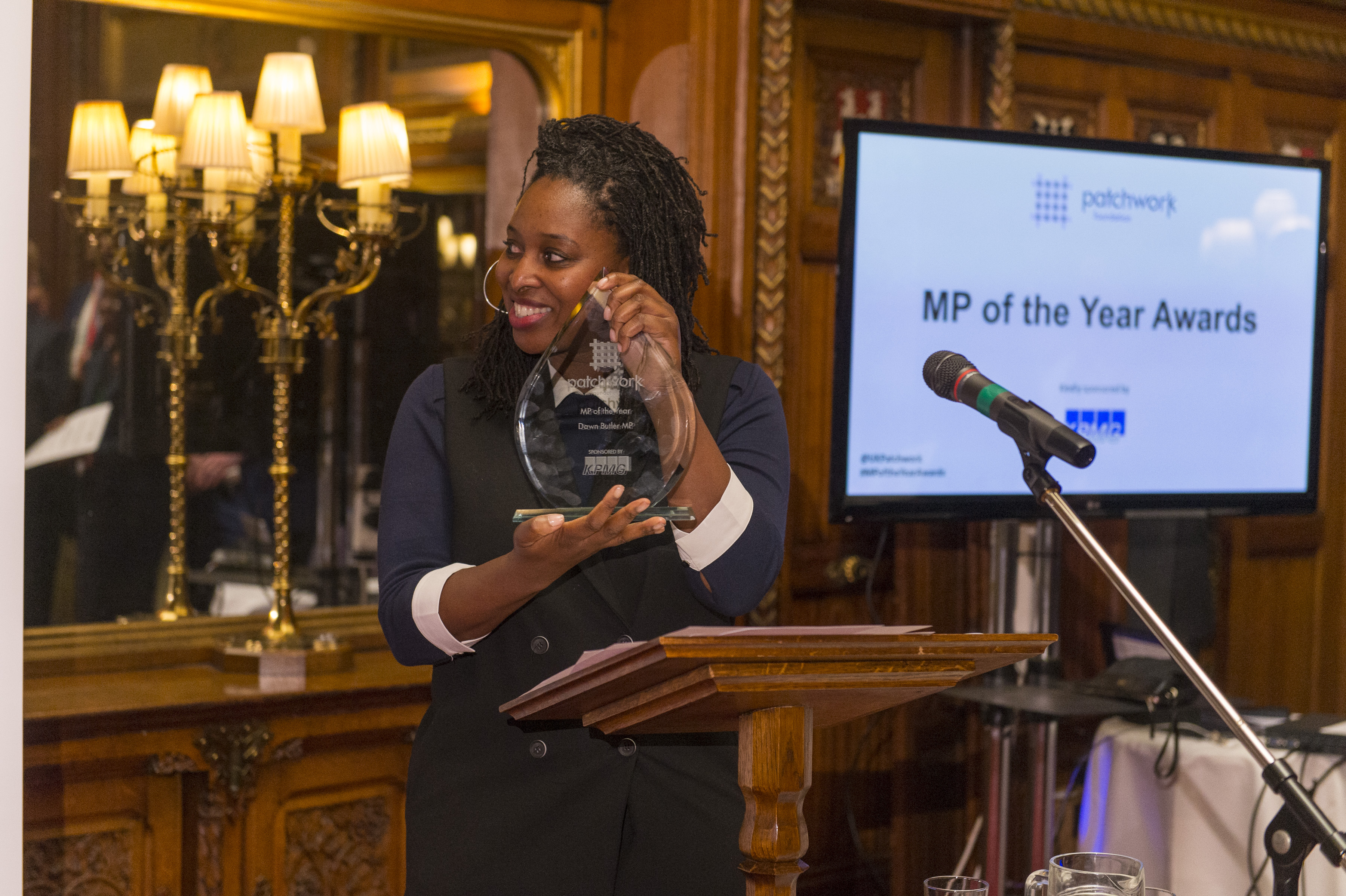 “I am truly honoured and humbled to receive the Patchwork Foundation’s prestigious MP of the Year Award 2017. To be presented with this award by the Patchwork Foundation, that does such amazing work reaching out and engaging with underrepresented groups in society, is such a proud moment for me.  This year has been an emotional year campaigning and giving a voice to the voiceless has been humbling. I was adamant that I would use my position to stand up for people. I was delighted to use my position over the past year to stand up for all groups in society, campaigning for British Sign Language to receive full legal status, campaigning against the unlawful employment tribunal fees which prevented so many people from accessing justice, and leading an important debate on the UN International Day for the Elimination of Racial Discrimination which had never been formally marked in parliament.  I will cherish this award. It also drives me forward to continue this work, now as Shadow Minister for Women and Equalities, to champion these groups often marginalised in our society and increase participation from all our communities, as I am convinced that the more diverse our boardrooms, government and positions of power become, the more knowledge it will bring to the table to shape a better, fairer and more equal society.”

“The Patchwork Foundation works all year round to ensure young people from deprived and minority communities believe in themselves and understand the power they have to take part in our democracy.  I know Labour MPs really appreciated the work Patchwork activists did during the general election and I was delighted to thank Patchworkers personally after my Leader’s speech at the Labour Party conference in Brighton.  I congratulate all the 2017 winners of the Patchwork MP of the Year awards, and especially to Dawn Butler for being named Overall MP of the Year. I hope they inspire us to keep doing more to empower every person in our community to take part in our politics.” 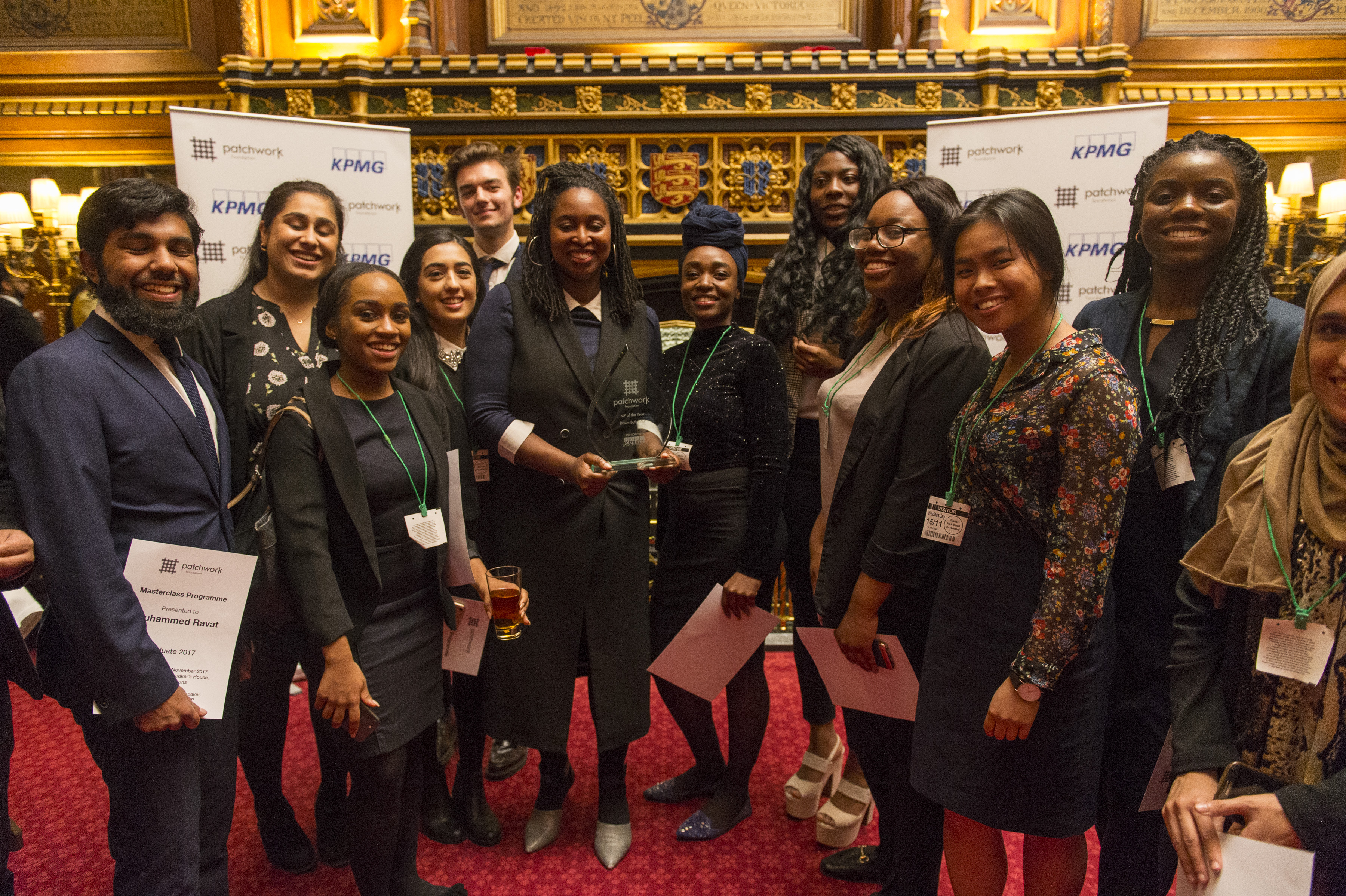 “KPMG is delighted to sponsor the Patchwork MP of the Year Awards for the fourth consecutive year. We fully support the Foundation’s drive to engage under-represented, deprived and minority communities with politics.  The vote to leave the European Union brought into sharp relief regional inequalities which exist across the UK. These inequalities are felt most by young people from disadvantaged backgrounds.  As a firm, KPMG is committed to tackling social mobility. Our strong regional and national presence allows us to lead this debate in the business community. By using our convening power and influence, we work collectively with other sectors to address the critical social issues facing the UK today.  It is crucial that as a Firm, we open up access to high-quality employment opportunities, and, that government, business and the third sector work together to strengthen the link between education and employment, ensuring that every young person has the opportunity to fulfil their potential.” 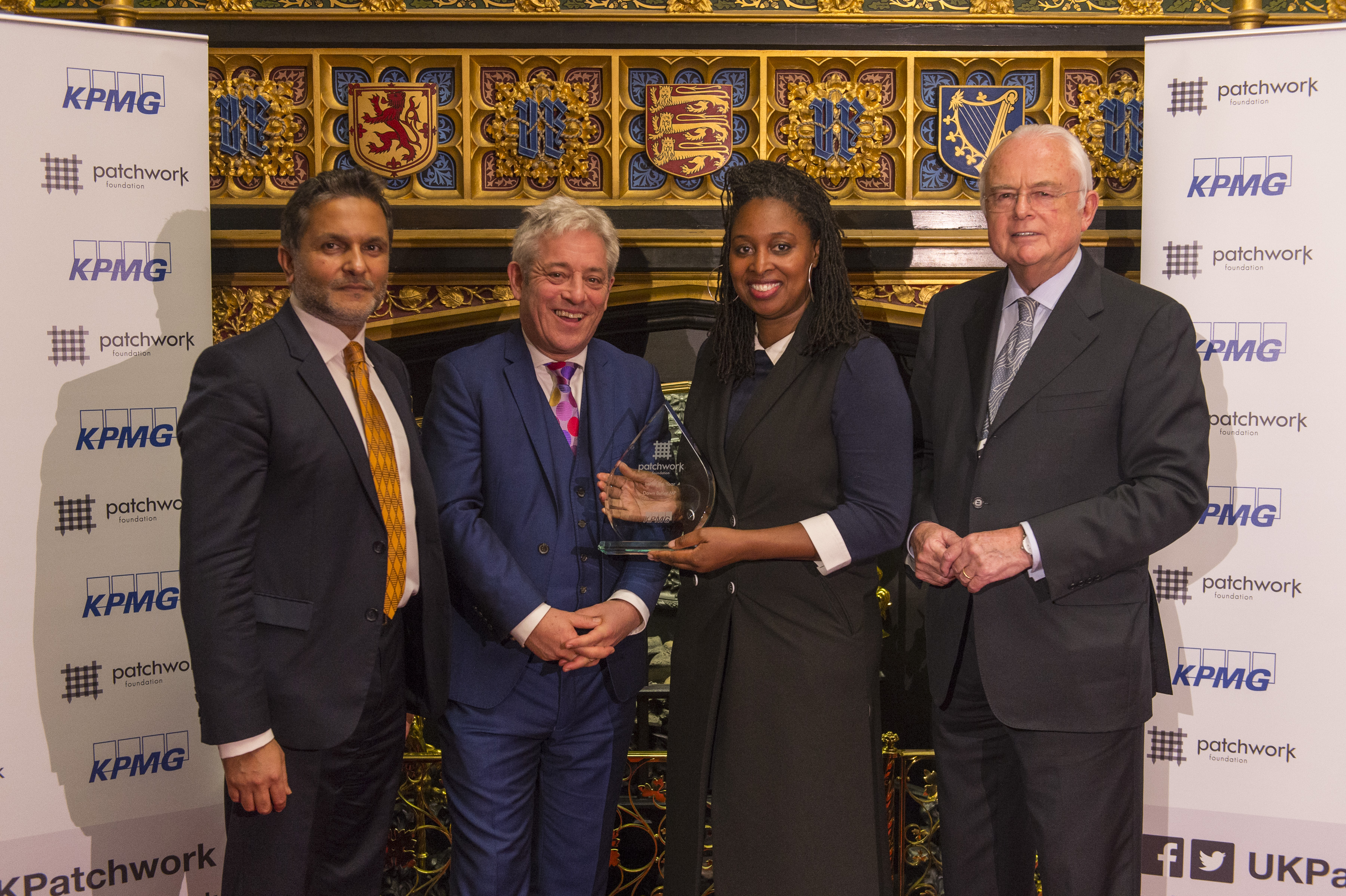