Dawn Celebrates the International Week of the Deaf

Dawn Butler MP, Shadow Minister for Women and Equalities, has today joined in marking the International Week of the Deaf (IWD).

The IWD is an initiative of the World Federation of the Deaf (WFD) and it was first launched in 1958 and is now celebrated annually by the deaf community. 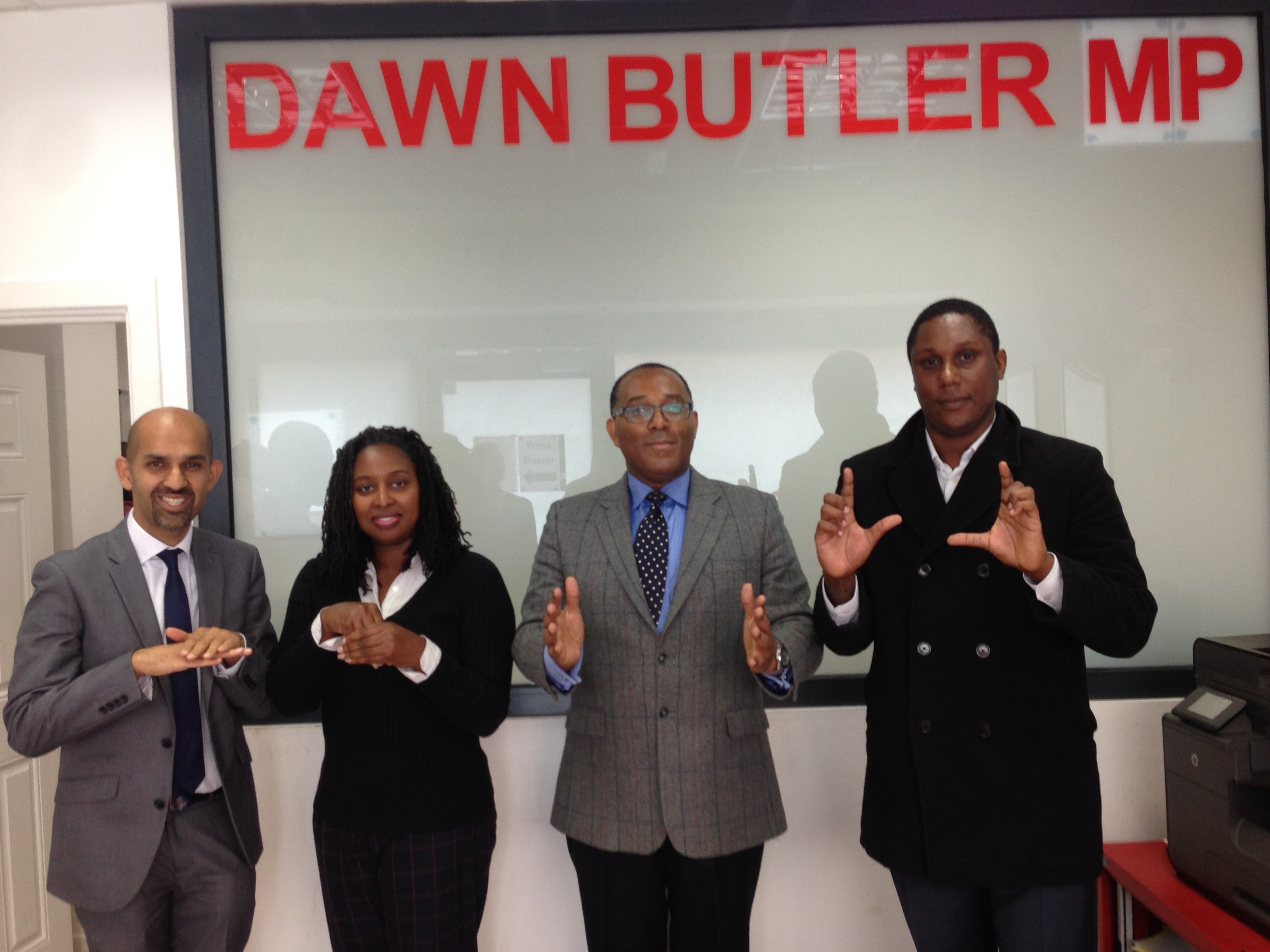 It is considered an important week for people from all around the world to come together to raise awareness about the rights of the 70 million deaf people around the world.

I am delighted to support the International Week of the Deaf. This is also an important week for us to recognise how special and how ordinary deaf people are it’s a chance to recognise their remarkable achievements against many obstacles in society, and I will be using this week to promote full inclusion for sign language, lets remove just one of those obstacles.

I have always believed that equality is equality, you cannot pick and choose. In my new role I will continue fighting hard for equal treatment for the deaf community, and this includes pushing for British Sign Language to be given full legal status as is afforded to other languages I am pleased that the All-Party Parliamentary Group for Deafness is also in agreement with this aim.

It is so important that British Sign Language users feel included in all aspects of society. I look forward to welcoming our Deaflympic GB team to Parliament so that we can celebrate their achievements and the fact that they represented GB and brought home a medal tally of 9 medals. It’s just a shame that our government has not recognised our deaf sports people. I am glad that the Labour Party is putting that wrong right. Together we must take strong action and end inequality for deaf people.

Dawn asked the government to commit to giving BSL full legal status, which would mean that the estimated 151,000 BSL users in the country would be given protections and rights which are afforded to other recognised languages. Following this Dawn then worked to get a BSL Act in the Labour Party manifesto and also signed a special Labour Party manifesto video for the deaf community. Dawn recently received a nomination for the Patchwork Foundation’s prestigious MP of the Year award 2017 partly due to these achievements.

There are an estimated 900,000 severely or profoundly deaf people living in the UK and Dawn has also worked to ensure that Parliament is as accessible as possible. Dawn recently wrote to the Speaker of the Commons to raise issues surrounding accessibility for deaf people in Parliament.

Asif Iqbal, President of the Harrow and Brent United Deaf Club, has worked with Dawn on her previous campaigns. Mr Iqbal said of IWD:

Deaf people can achieve anything except hear, ranging from education, voluntary/ paid work and family life, thus contributing positively to society. Support us to be fully inclusive within society by embracing our BSL with positive attitudes, remove barriers that prevent us from accessing or taking part (by changing your mindset. E.g. instead of saying ‘we can’t provide this…’, change your thinking to ‘what can we do to make it happen’ attitudes) and accept that we have lots to offer.

Michael Vincent, a magician who performs for thousands of subscribers on YouTube and is also deaf, has joined with Ms Butler and Mr Iqbal in making a video to support the week. Mr Vincent said:

I am deaf and I’m a magician! I am learning BSL so accept who I am as I have lots to give. I work as a consultant, raising awareness and advice on accessibility, ensuring equal participation. Support our work and be part of the positive change by learning BSL and supporting deaf people to thrive without barriers as early as possible. It’s never too late.