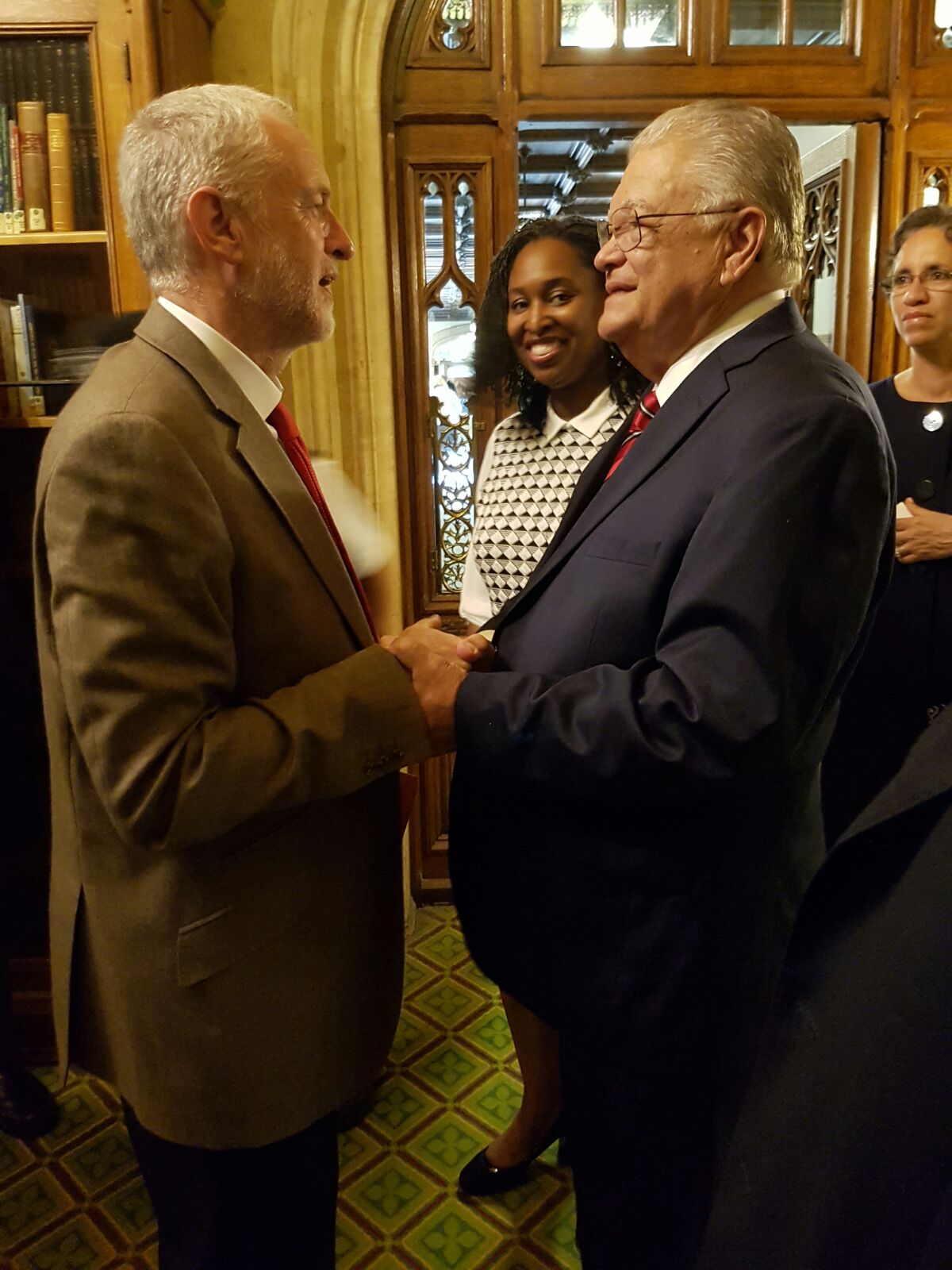 Dawn Butler Labour MP for Brent Central, in her capacity as Chair of the All-Party Parliamentary Group for Jamaica, this month welcomed Jamaica’s Minister of Industry, Commerce, Agriculture & Fisheries, The Hon Karl Samuda MP, to the Houses of Parliament.

The Minister also met with the Leader of the Labour Party, Jeremy Corbyn MP, who shared his memories and experiences of living in Jamaica for two years.

The Hon Karl Samuda MP spoke of the need to develop stronger trade relations between both countries following the vote to leave the European Union.

Ms Butler has tabled a written question to the newly appointed Secretary of State for International Trade quizzing the Government over plans to develop a post-Brexit trade deal with Jamaica.

“Brent Central is one of the most diverse constituencies in the UK. We have the highest proportion of Jamaicans outside of Jamaica. It is important to my constituents but also to the UK as a whole that we help to promote and develop countries such as Jamaica. Jamaica is a small country which punches way above its weight. If we in the UK can encourage trade and for Jamaica to be more self-reliant then that would benefit everyone.”

“We were able to discuss a number of issues including improving Jamaica’s trade relations with the UK. We agreed that we would exchange information concerning the promotion and development of multiculturalism.”

“We also agreed that we would seek to explore relations among Caribbean states and explore some of the economic, social and cultural issues that are common to us.”

“There was a real spirit of friendship and cooperation, which will set the stage for close collaboration in the future between countries in the Caribbean and the group.”

“I hope we will be able to meet again soon and I look forward to continued discussions.”