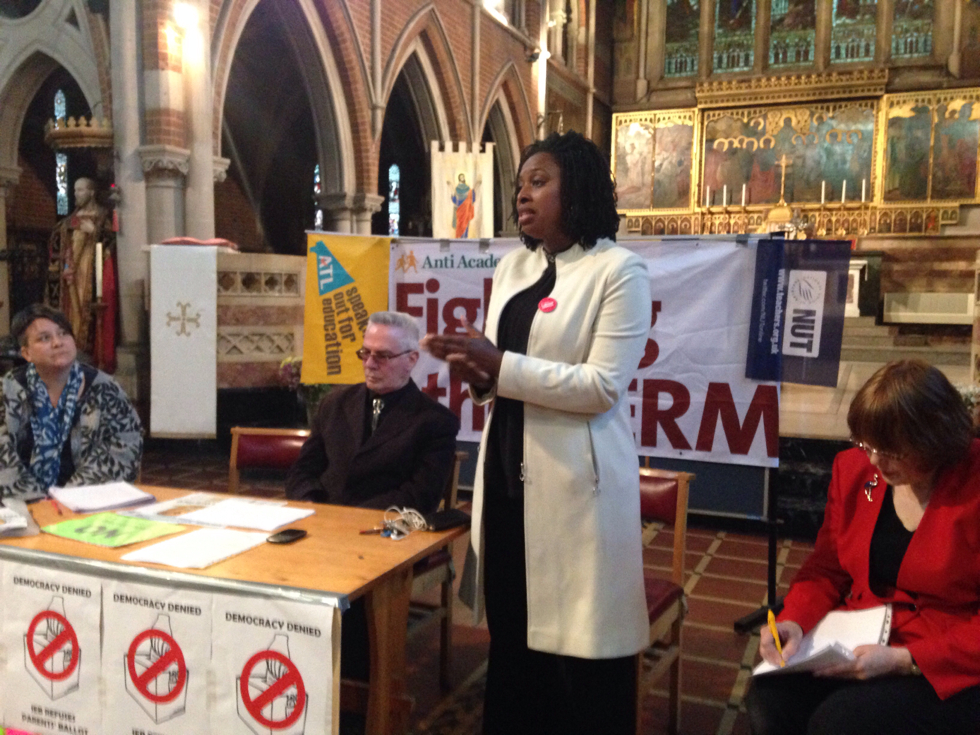 Dawn Butler MP last week wrote to the Chief Executive and Leader of Brent Council calling for a local fight back against plans to force every Brent school to become an academy.

This is in response to the receipt of two letters in quick succession from the Secretary of State for Education, confirming that two further Brent schools, Oakington Manor Primary and Furness Primary, will both be converted into academies by the 1st April 2016.

In her letter to Carolyn Downs and Cllr Muhammed Butt, Dawn Butler MP raised her concern that successful local schools would be thrown into “utter chaos” and went on to say that “there is little substantive evidence to show that turning a school into an academy will automatically raise standards” and it “will do very little, if nothing to tackle the real problems faced by the education system”.

The move by the Government in the recent Budget to make every school an academy by 2020 has been met by condemnation from teachers’ union NUT and NASUWT.

“I want us in Brent to lead a fight back and bring schools back in to local authority control. I will fight the government and ask for money to make this happen. It is important that our schools work together.”