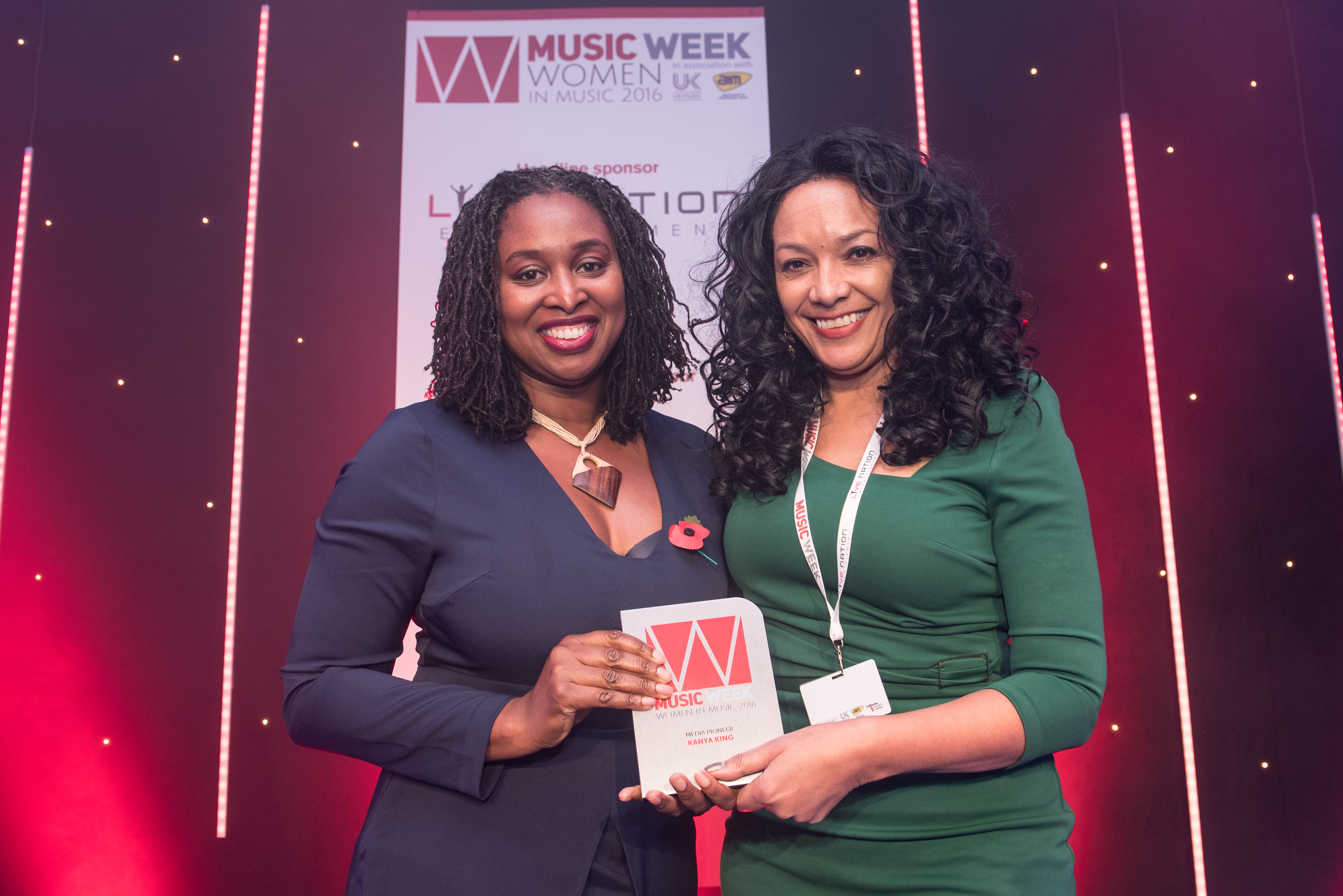 Dawn Butler, Labour Member of Parliament for Brent Central, on the 11th November 2016 joined the Women in Music Awards 2016 ceremony to mark the contribution of women to the music industry.

At the ceremony Ms Butler was proud to present MOBO founder, Kanya King MBE who was born and raised in Brent with her first-ever music industry award for ‘Media Pioneer’ of the year.

“Kanya has worked hard for over 21 years to ensure that the music industry celebrates music of black origin in all its forms from pop to hip hop. Mortgaging her house to bring her vision to life shows she is a woman of guts and determination. I’m so pleased that someone in the music industry has honoured this pioneering black woman.”

‘I’ve dedicated my life to celebrating the excellence of other, so it’s humbling to receive this award. To any young female I would say, ‘Don’t strive to be a person of success, but a person of merit.”‘