And for the second year running, since becoming a Member of Parliament, Dawn signed the Holocaust Educational Trust ‘Book of Commitment’ to pledge her commitment to Holocaust Memorial Day, which will be held on Friday January 27th, and honouring those who were murdered during the holocaust as well as paying tribute to the extraordinary holocaust survivors who work tirelessly to educate young people. 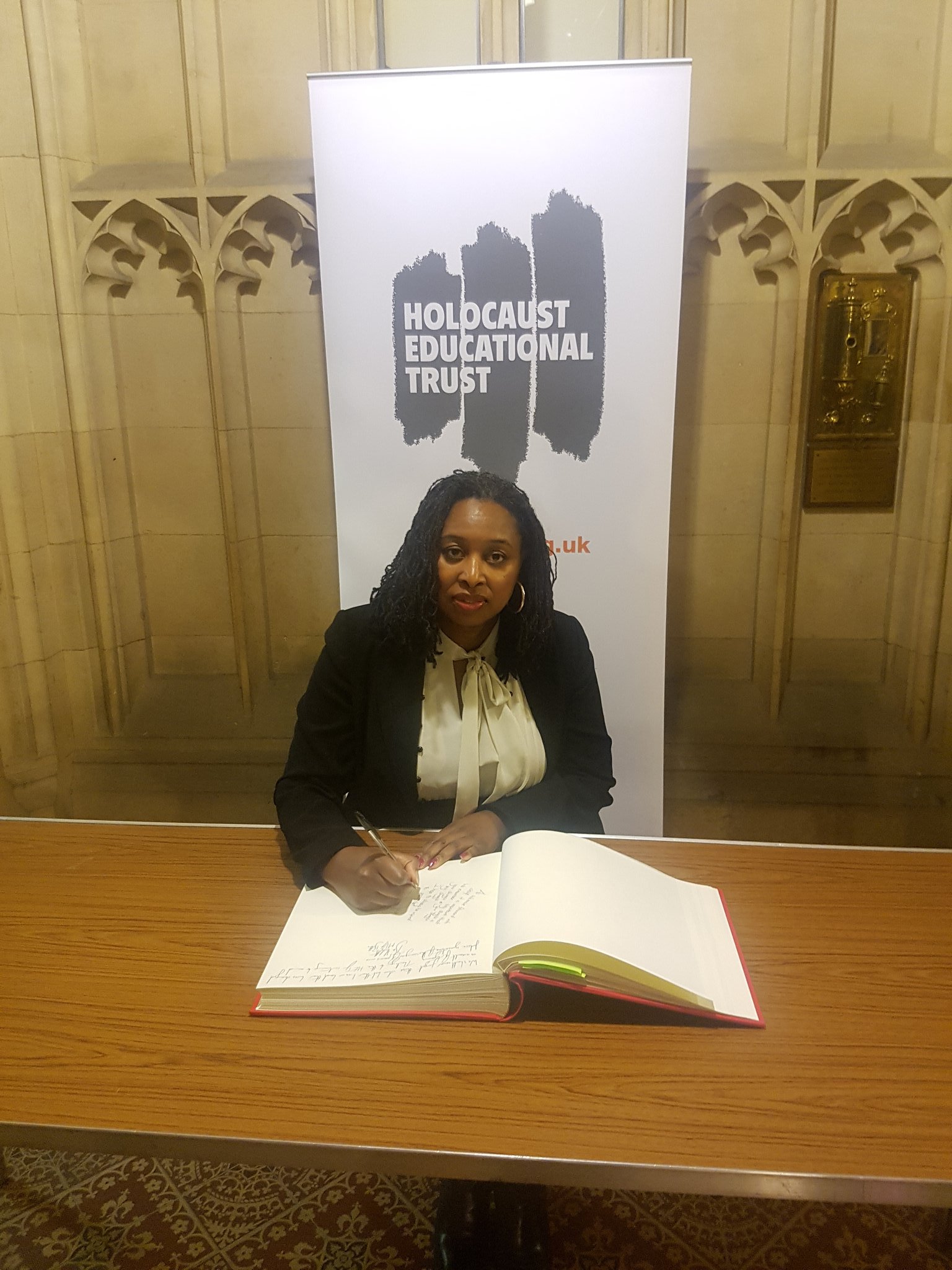 After signing the Book of Commitment, Ms Butler said

Holocaust Memorial Day, on January 27th, and events such as this reception help to mark the anniversary of the liberation of the Nazi concentration camp at Auschwitz-Birkenau.

This allows us all an important opportunity to pause to reflect on the lives of the millions of victims and survivors of the holocaust and to make sure that they are not forgotten. I know that Holocaust Memorial Day is a strong reminder that the fight against prejudice and intolerance must never cease.

I am reminded how proud I am to say that my first Shadow Ministerial engagement after my appointment as Shadow Diverse Communities Minister was to join the Mayor of London, Sadiq Khan, at the 80th Anniversary of the Battle of Cable Street where I signed the pledge to combat racism & antisemitism.