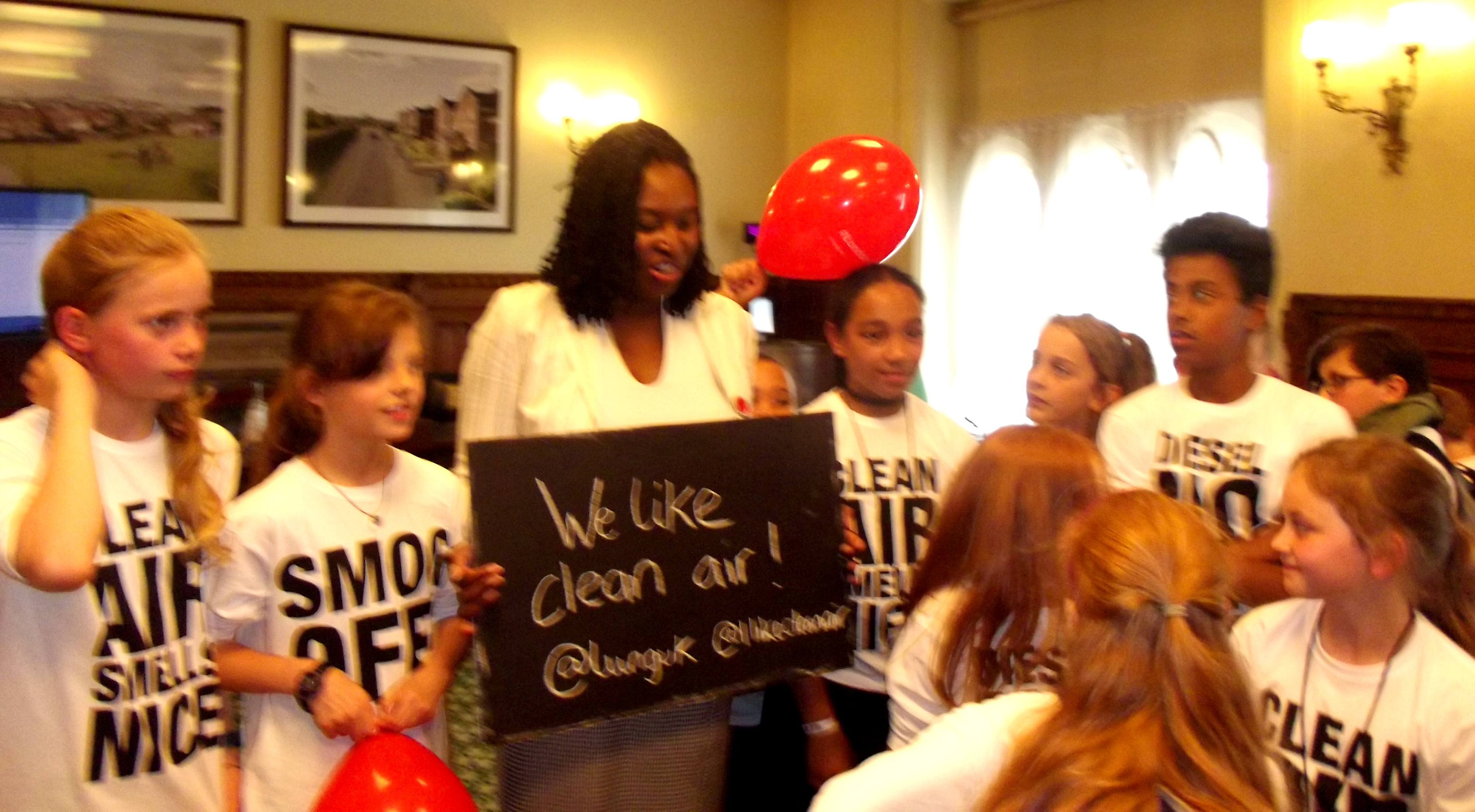 Dawn Butler MP joined 30 primary children who were singing their anti-pollution song at Westminster yesterday in support of the British Lung Foundation’s (BLF) demand for monitoring of air quality around schools.

The young singers who attend Gayhurst Community Primary School in Hackney, are members of the ‘I Like Clean Air’ campaign. It was formed by parents in September 2014, concerned about the impact of poor air quality on their children’s growing lungs.

The BLF is working in partnership with the choir, highlighting to politicians that harmful pollution exists across many parts of the UK.

“Local children are particularly at risk of lung disease caused by pollution with some of the most polluted roads in Europe running through Brent Central. Pollution in Brent is 80% over the EU limit. This highlights why we all have a duty to clean up the air we breathe, and I fully support the British Lung Foundation’s call for monitoring of pollution levels around schools. I will also be working with the British Lung Foundation to set up air quality monitoring projects around Brent schools.”

3,000 schools across the UK are located in areas with illegally high levels of air pollution, according to data by DEFRA, published last year. Very few schools have air pollution monitors around them.

According to DEFRA data 11 Brent Central schools are featured on the most polluted list including Our Lady of Lourdes RC Primary School which is the 144th most polluted school in the country.

Dr Penny Woods, Chief Executive of the British Lung Foundation, said: “Pollutants can stunt the growth of children’s lungs and could cause lasting damage. It’s a worry for everyone, making existing lung problems worse, increasing our risk of lung cancer and early death more likely. We must all play a part in reducing harmful pollution.”