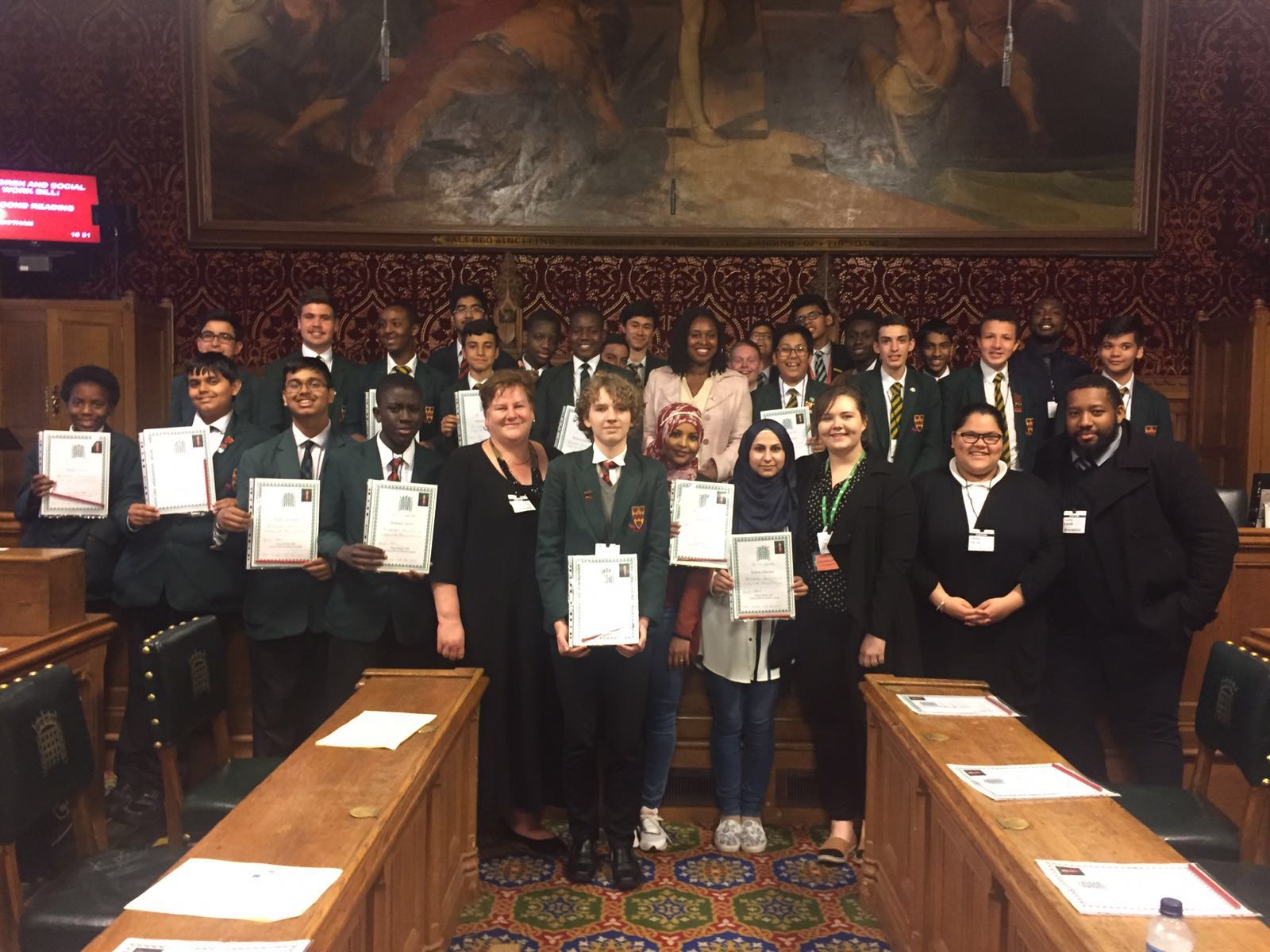 On Tuesday 14th June 2016 Dawn Butler MP, Labour Member of Parliament for Brent Central, hosted a meeting of the student council of Newman Catholic College at the Houses of Parliament.

The student council at Newman Catholic College is made up of two representatives from each tutor group from years 7 to 13 and aims to promote the views of students through discussion and to give them an opportunity to understand and participate in the democratic process. In total 40 members of the student council attended the meeting in the Houses of Parliament.

The meeting in the Houses of Parliament took place further to an invite from Dawn Butler MP to the Deputy Head Teacher of Newman Catholic College, Susan Grace.

The meeting of the Student Council covered a range of issues including anti-bullying and recycling.

“It was a pleasure to chair this special meeting of the Student Council and to see first-hand what a talented and articulate group of young people there are at Newman Catholic College. We had a really passionate and well-informed debate about the EU referendum; I think politicians in Westminster could learn a great deal from the Newman Catholic College Student Council! The students also spoke passionately about our environment and recycling as well as their anti-bullying campaign.”

Dawn Butler has also pledged to open up Parliament to young people across Brent Central. She went on to say:

“A key part of my work as the MP for Brent Central is to open up parliament to local young people and to actively engage them in the democratic process. I will be writing to all the other student councils in Brent Central extending a similar invite to them to hold their meetings in Parliament.”

Dawn Butler MP also this month launched her parliamentary internship programme. The programme gives young people from Brent the chance to gain work experience in the House of Commons. To apply for a placement send an email to dawn.butler.mp@parliament.uk outlining why you’d like the opportunity along with a CV.