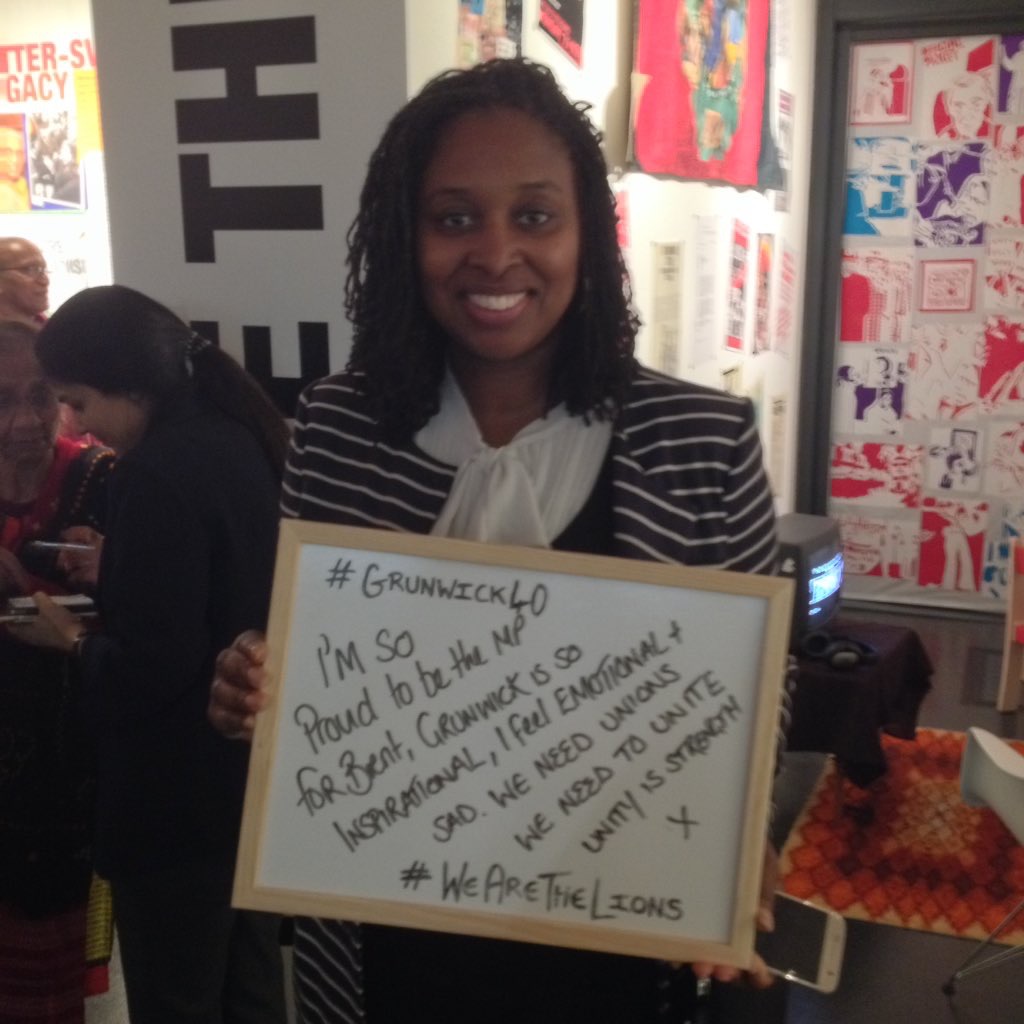 This week Dawn Butler, Labour Member of Parliament for Brent Central, joined local residents at an exhibition at Willesden Green Library commemorating the 40th anniversary of the Grunwick strike.

The exhibition also brought together the Brent Trades Council and Willesden Town Team.

Grunwick was a pivotal industrial dispute concerning trade union recognition at the Grunwick Film Processing Laboratories in Chapter Road, Willesden. The two year strike took place between 1976 and 1978. Grunwick was also the first dispute where the majority of strikers were from an ethnic minority and received widespread support from across the labour movement.

“I am proud that Brent is marking the anniversary of the Grunwick strike. We often forget the historical struggles that have gone before us. This strike of mainly women fighting for the right to organise in a trade union is a historical lesson which is still very much relevant today.”