Dawn Butler MP has today written to Brent CCG calling upon them to re-examine and revise their spending plans for Child & Adolescent Mental Health Services in Brent.

In Brent, the CCG are spending for 2016/17 only £33.43 per person on child mental health services. Brent is ranked 46 out of the 52 CCGs in England which are allocating less than 5% of their total mental health budget to services for children despite 1 in 10 children aged between 5 and 16 years having a diagnosable mental health disorder.

“Brent is the most diverse constituency in the UK and has a high proportion of young people. It is concerning that spending in Brent on the mental health of children and young people aged under 18 will be amongst the lowest in England.”

The President of the Royal College of Psychiatrists, Professor Sir Simon Wessely, has also warned that:

“the proportion of money that NHS clinical commissioning groups are planning to spend on the mental health of our children and young people is negligible. It is a national scandal that opportunities to prevent mental illness from occurring in childhood are being missed because of unacceptably low investment.”

In concluding Ms Butler asks ‘what steps will you take both to review your planned spending commitments in this area?’ and has called for an urgent meeting with the Chair of Brent CCG. 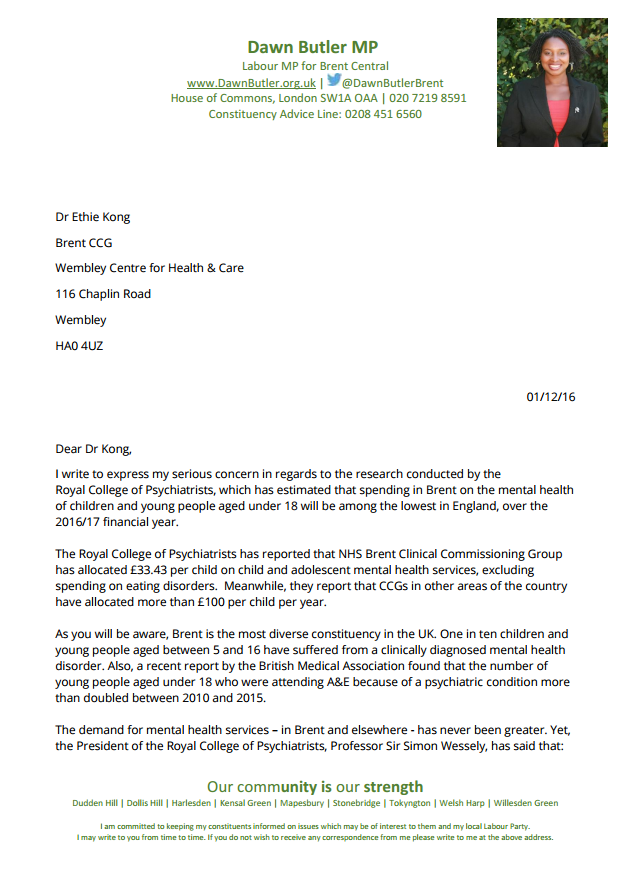 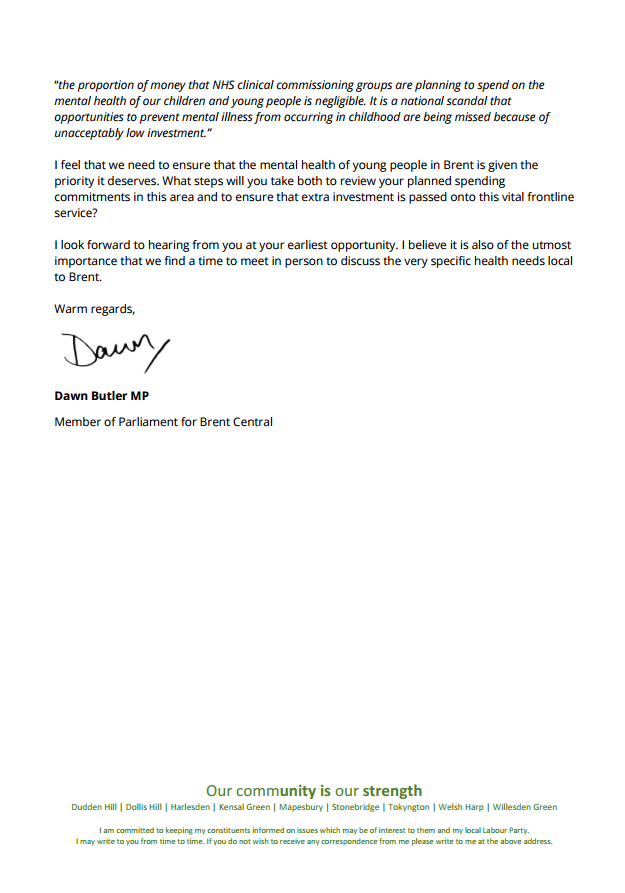