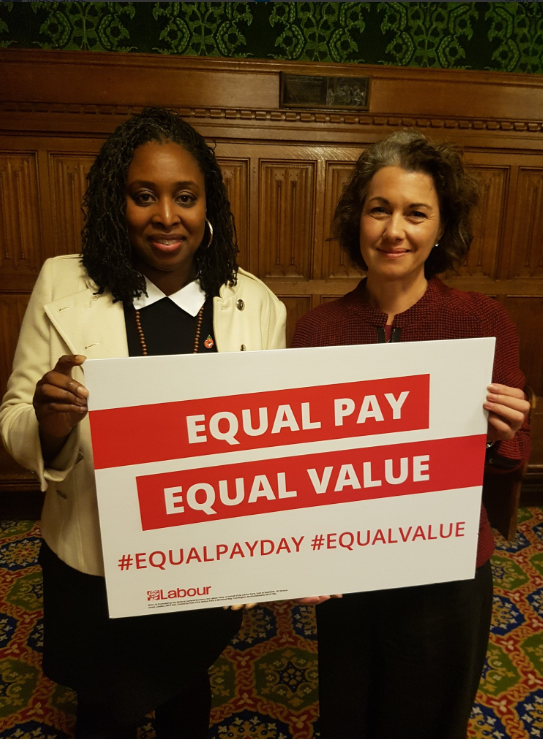 Equal Pay Day is the day in the year where, because of the gender pay gap, women stop earning relative to men. This means that women will be effectively working for free until the 31st December because of the disparity in pay between men and women in the workplace.

The gender pay gap for women working full-time is 13.9%. It is estimated that it will take over 60 years to close the pay gap for full time workers. The pay gap is even larger for older BAME women.

Brent Central, one of the most diverse constituencies in the country, is therefore disproportionately affected. Research by the Trades Union Congress shows that black employees earn a quarter less.

“It is so very shocking that despite the Equal Pay Act being introduced 46 years ago women continue to be paid less than men. It is important that the Prime Minister, and indeed Government as a whole, set a gold standard on equal pay and lead by example.”

“Too often the work undertaken by women is low paid, undervalued, with limited progression and training opportunities. Several key sectors with a predominantly female work force continue to be subject to chronic low pay and poor working conditions. And it should shame us that those we trust to look after the most precious and vulnerable people in our lives -; our young, elderly and disabled family members -; are some of the lowest paid and poorly valued members of society.”