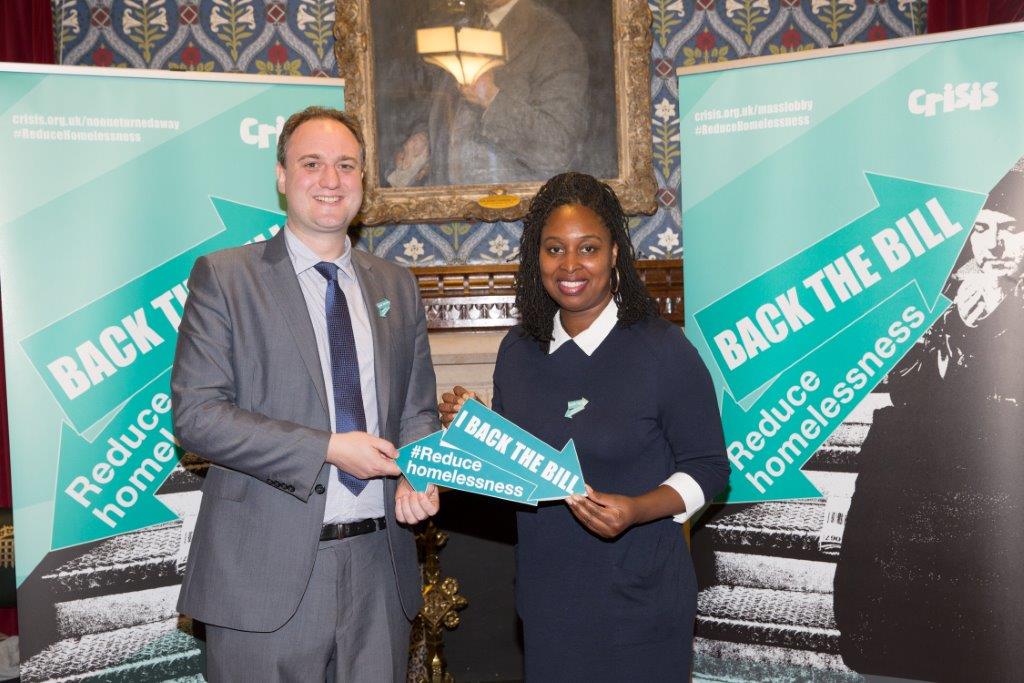 Today I backed the Homelessness Reduction Bill, along with my Labour colleagues, which had its second reading in the House of Commons.

The Homelessness Reduction Bill intends to get to grips with the scandal of rising homelessness across the country and aims to bring down high levels of homelessness by placing stronger duties on councils to help people who are homeless or threatened with homelessness at an earlier stage. Dawn Butler and the Labour Party have however warned that any new rules or responsibilities placed upon local authorities must be fully funded.

Labour has also warned that homelessness will not be significantly reduced unless the causes of rising homelessness in the last six years are addressed. The Party has released analysis showing how Conservative cuts and decisions since 2010 have led directly to higher homelessness. From overseeing soaring private rents, to the loss of affordable homes. We are calling on the Government to act now to tackle the root causes of rising homelessness -; build more affordable housing, act on private renting and re-think the crude cuts to housing benefit for the most vulnerable.

In 2006 I recall lobbying for an extra £5m to help Brent with its homelessness policy. We were slowly winning the battle. Since 2010 we have seen a significant rise in homelessness in Brent as a result of severe cuts to local council services and the selling off of local housing stocks. I wholeheartedly support this bill but there is a condition. This government needs to invest in more social housing and invest new money into combating homelessness. I have been out on the streets with St Mungos and some people living on the streets are working they just cannot afford the high rents. This needs to stop. I also expect the council to be pushing for more inventive solutions to high rents in Brent.

This month I am also hosting and organising a housing summit bringing together advice agencies, housing providers, faith groups and more to ensure that Brent residents in need receive an integrated service as well as looking at innovative solutions to local housing need.