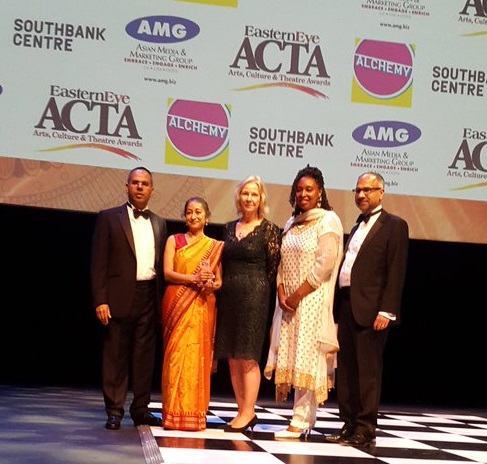 The awards ceremony has been established by the Asian Media & Marketing Group to showcase the very best of Asian talent in the creative arts from across a range of disciplines including literature, film, television, theatre, poetry, music, photography, dance and the visual arts.

The awards ceremony was hosted in collaboration with the Southbank Centre at Royal Festival Hall.

“It was a pleasure to attend the awards ceremony and to show my support for the arts and in particular to celebrate the achievements of Asian talent within the creative industries. I’d also like to thank the Solanki family whose hard work and commitment made this possible. This has been a difficult time for the arts industry with a 30% cut to the Department for Culture Media & Sport, and a further 5% cut to the Arts Council. Supporting the arts isn’t just the right thing to do, it also makes economic sense with the arts generating £70,000 a minute for the treasury.”