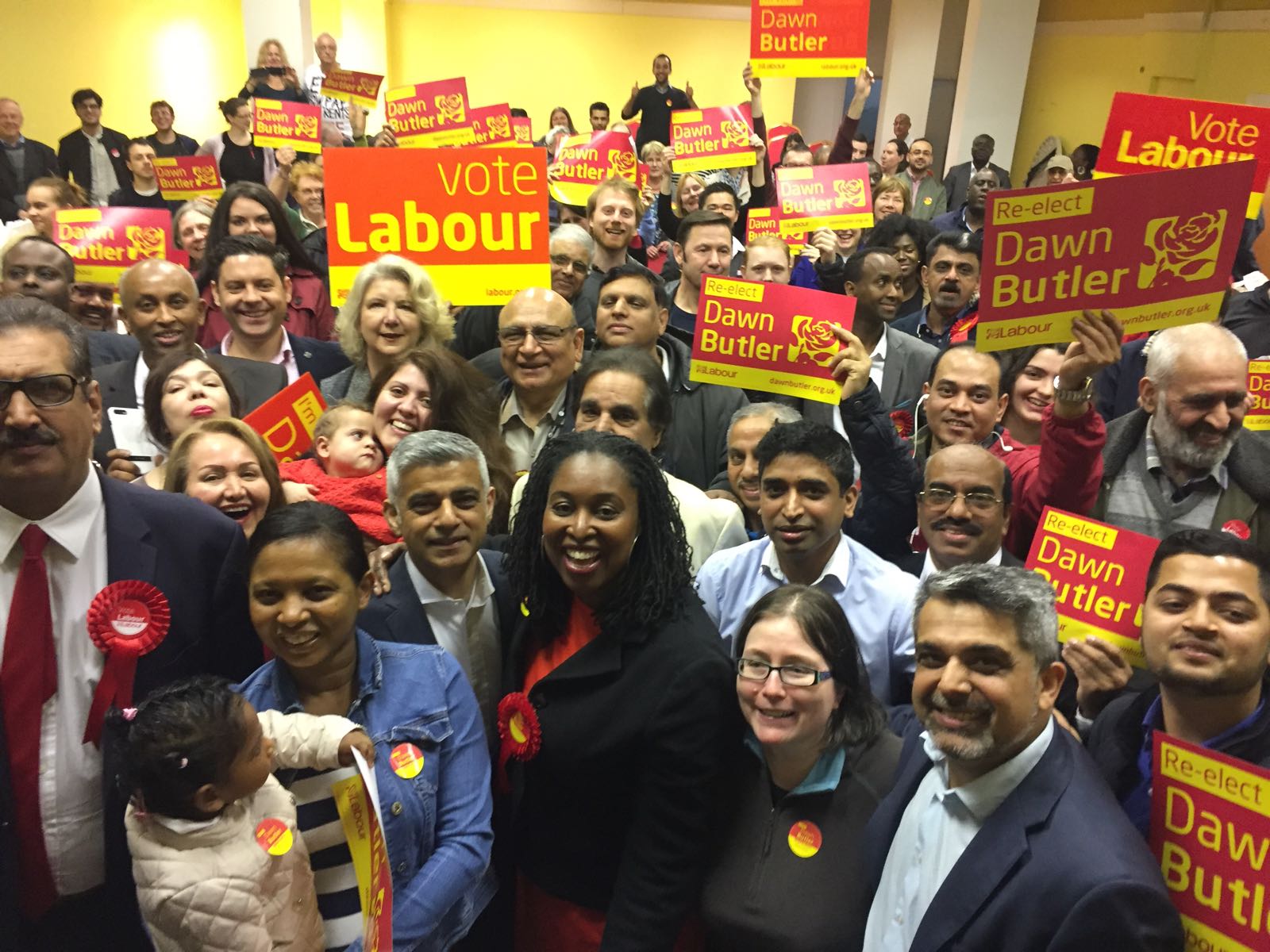 Dawn was joined by the Mayor of London Sadiq Khan, and the two addressed over a hundred local residents at a local community centre about the forthcoming general election.

Dawn spoke to members about the key issues including the NHS, schools, Brexit & affordable housing, and encouraged local residents to get involved in the campaign.

After the official launch event Dawn, Mayor Khan and Labour supporters set off across the borough to talk to local residents about their concerns and priorities.

I was delighted to officially launch my election campaign along with Sadiq and enthusiastic local members. I am standing to be a strong voice for Brent in parliament, focussing on the causes that matter to local residents. A Labour government will ensure that we put jobs and the economy first during the Brexit negotiations, that we properly fund our NHS and social care system, and invest in our children’s future. I am looking forward to taking our positive vision for a fairer society out there to local people.

It was great to be with Dawn for her campaign launch. Dawn has been an exceptional representative for Brent Central and I have worked closely with Dawn during my time as London Mayor. I know that she is a champion for the people of Brent, campaigning for affordable housing and tackling violent crime. I am convinced that a vote for Dawn on 8 June will ensure that Brent has a strong local voice in parliament.

If you would like to volunteer to help with Dawn’s campaign please visit: http://www.dawnbutler.org.uk/brent_central_ge2017_volunteering