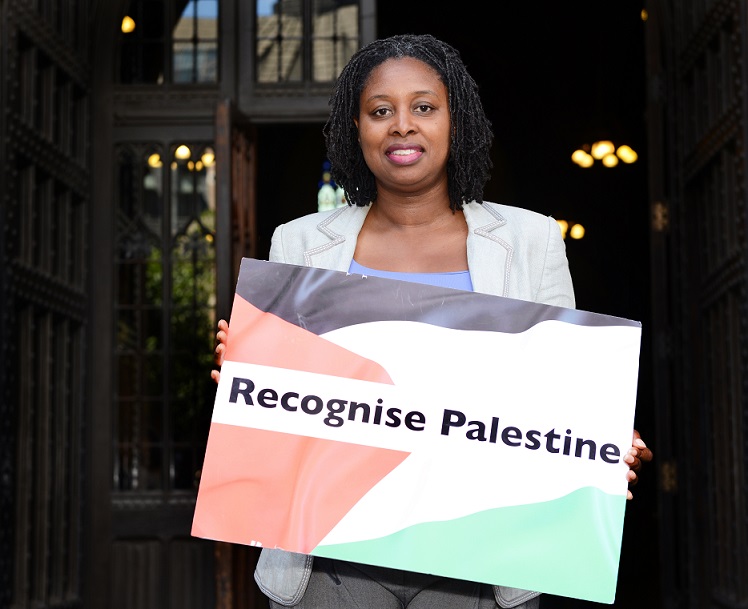 Dawn Butler MP for Brent Central, also newly appointed Vice Chair of Labour Friends of Palestine, was one of those who took part in the occasion.

Dawn Butler said: “I am delighted to have been made Vice Chair of LFPME. They do important work in Parliament and in the party and I look forward to working with them to ensure the voice of Palestinians is heard loud and clear. The injustices that go on every day in occupied Palestine are truly terrible. We must fight hard to ensure justice for the Palestinians is achieved.”

Dawn continued: “I was not an MP in 2014 but if I had I would have voted to recognise Palestine and I’m here to show support for that today. The peace process is currently non-existent. The present Israeli government continue to build illegal settlements on Palestine land, demolishing Palestinian villages to make way for illegal settlers. The world must stand up against such blatant abuses and other human rights violations by the occupying force -; let’s recognize Palestine and get the peace process back on track.”

Picture below of the new 2015 intake of LFPME MPs 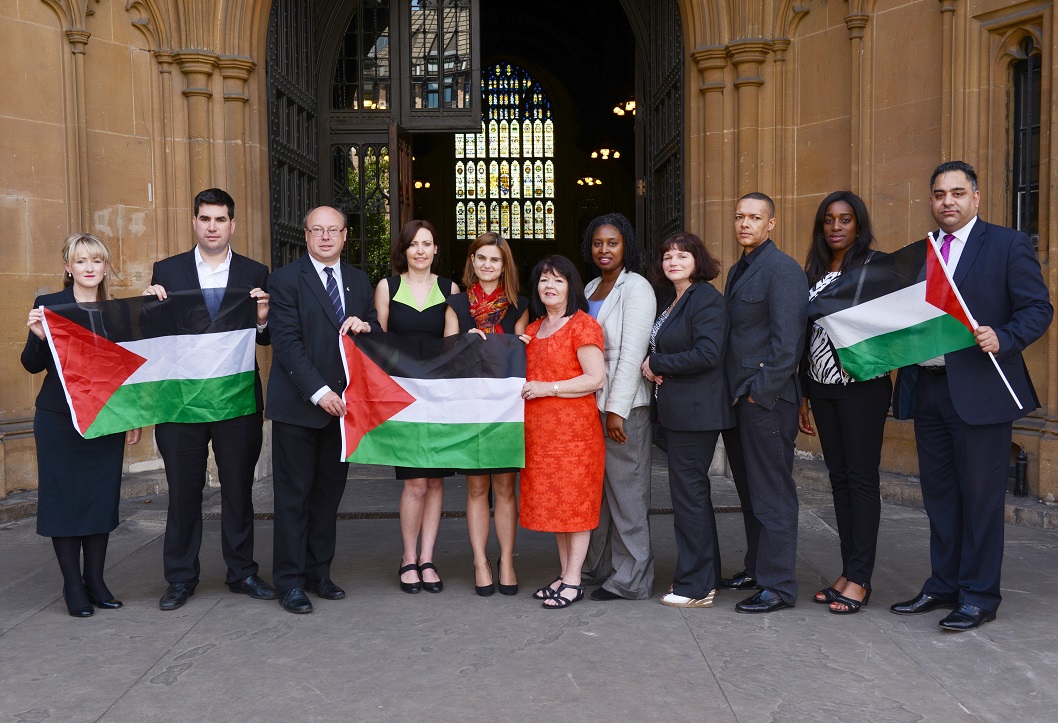