A series of major new guidelines to help companies improve Black, Asian and Minority Ethnic (BAME) representation in senior positions has been launched at the Houses of Parliament.

Dawn Butler MP, Chair of the All Party Parliamentary Group on Governance and Inclusive Leadership and Shadow Secretary of State for Women and Equalities, joined diversity expert Sarah Garrett MBE and a host of corporate giants including the Bank of England, HSBC and TSB the  to launch the Investing in Ethnicity and Race Maturity Matrix. 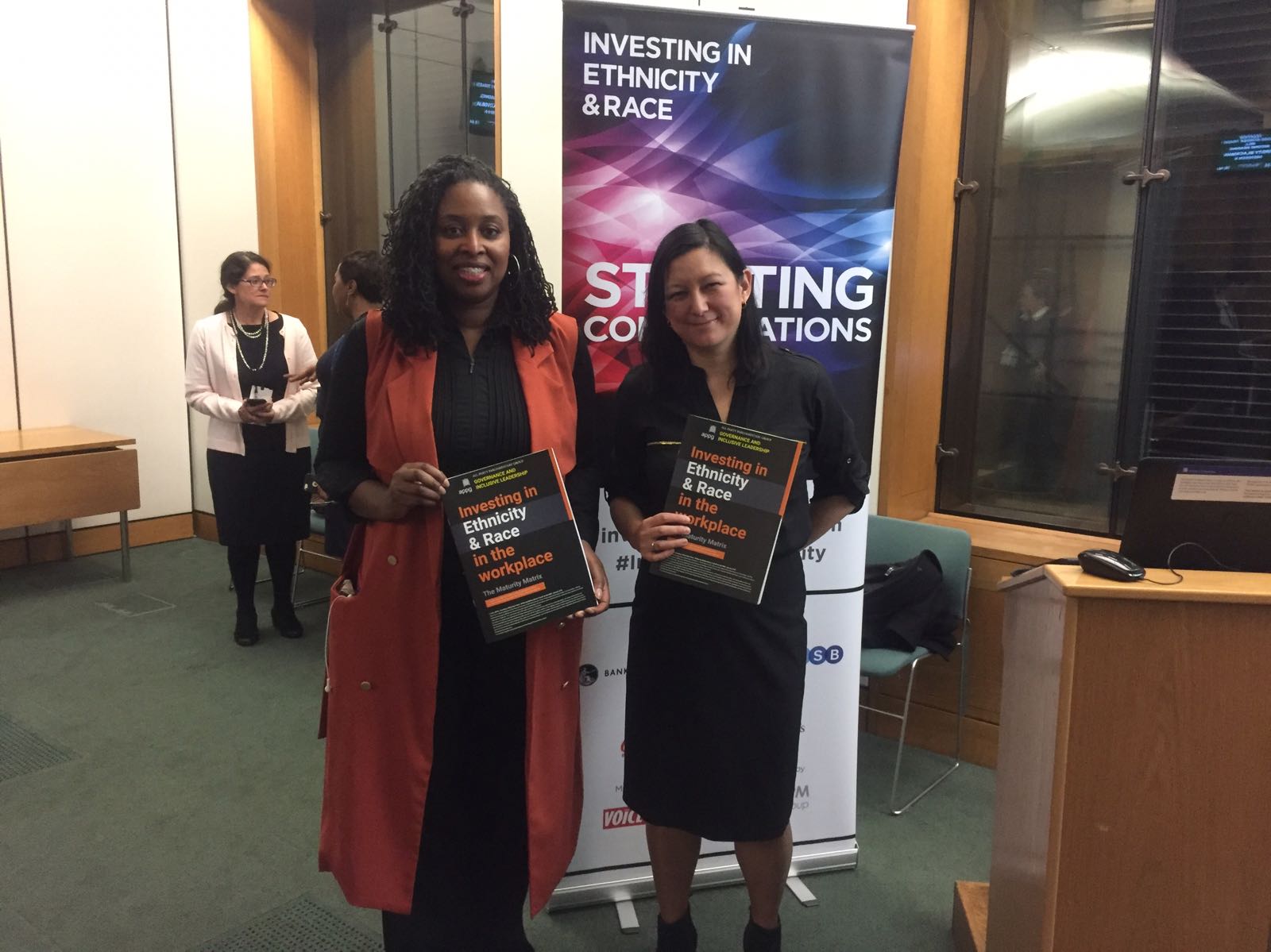 Endorsed by the All-Party Parliamentary Group on Governance and Inclusive Leadership, the Maturity Matrix will be issued to Britain’s big businesses as a tool offering guidance on improving opportunities in the workplace to BAME employees.

The initiative comes after a series of reports last year highlighted alarming figures revealing the employment rate for people of BAME backgrounds is 12 per cent lower than their white counterparts. The Race in the Workplace study, led by Baroness McGregor-Smith, also revealed that just 6 per cent of BAME employees secure executive level jobs. It further suggested that the lack of BAME talent in executive positions is costing the economy £24bn a year.

Meanwhile, a report by the Resolution Foundation, showed a significant pay gap between ethnic employees and their white counterparts, with typical Bangladeshi and Pakistani household incomes showing the largest disparity at almost 35 per cent lower, while Black African households earn 22 per cent (Resolution Foundation – Diverse outcomes: living standards by ethnicity).

It suggests all senior leadership teams should implement BAME inclusion training, recommends the appointment of a senior executive to champion ethnicity and race throughout the organisation, implement a BAME mentoring programme and set annual objectives aimed at improving career progression opportunities for BAME employees.

The guidelines have been developed based on input from action group sessions with over two hundred organisations.

I am personally committed to making sure that the government and Britain’s businesses are doing their bit to stamp out inequality. Not least with a focus on achieving pay parity by pushing for BAME pay gap reporting, and ensuring BAME employees have equal access to recruitment opportunities and career progression. This in turn would encourage an increase in qualified, experienced and previously overlooked visible minorities at senior levels. This is sadly severely lacking across all industries. The Investing in Ethnicity and Race Maturity Matrix is an important initiative and I am encouraging companies to take part to help enact positive change.

Diversity and inclusion expert, Sarah Garrett MBE, who established the Matrix toolkit as part of the Investing in Ethnicity & Race initiative, with Melissa Berry, said:

Diversity is so often a rarity at the top of the corporate table. Almost six out of ten FTSE 100 boards have no minority presence at all.  BAME graduates are less likely to become employed than their white counterparts and all the evidence points to a major pay gap between BAME and white employees. It is simply not good enough, and we will help organisations embed much-needed change.

Businesses cannot afford not to get involved. That is why we are launching the Maturity Matrix and are urging businesses all over Britain to get involved and take on-board its recommendations.

The toolkit is a call to action to take positive steps towards helping embed change and moving the dial in the ethnicity and race agenda.