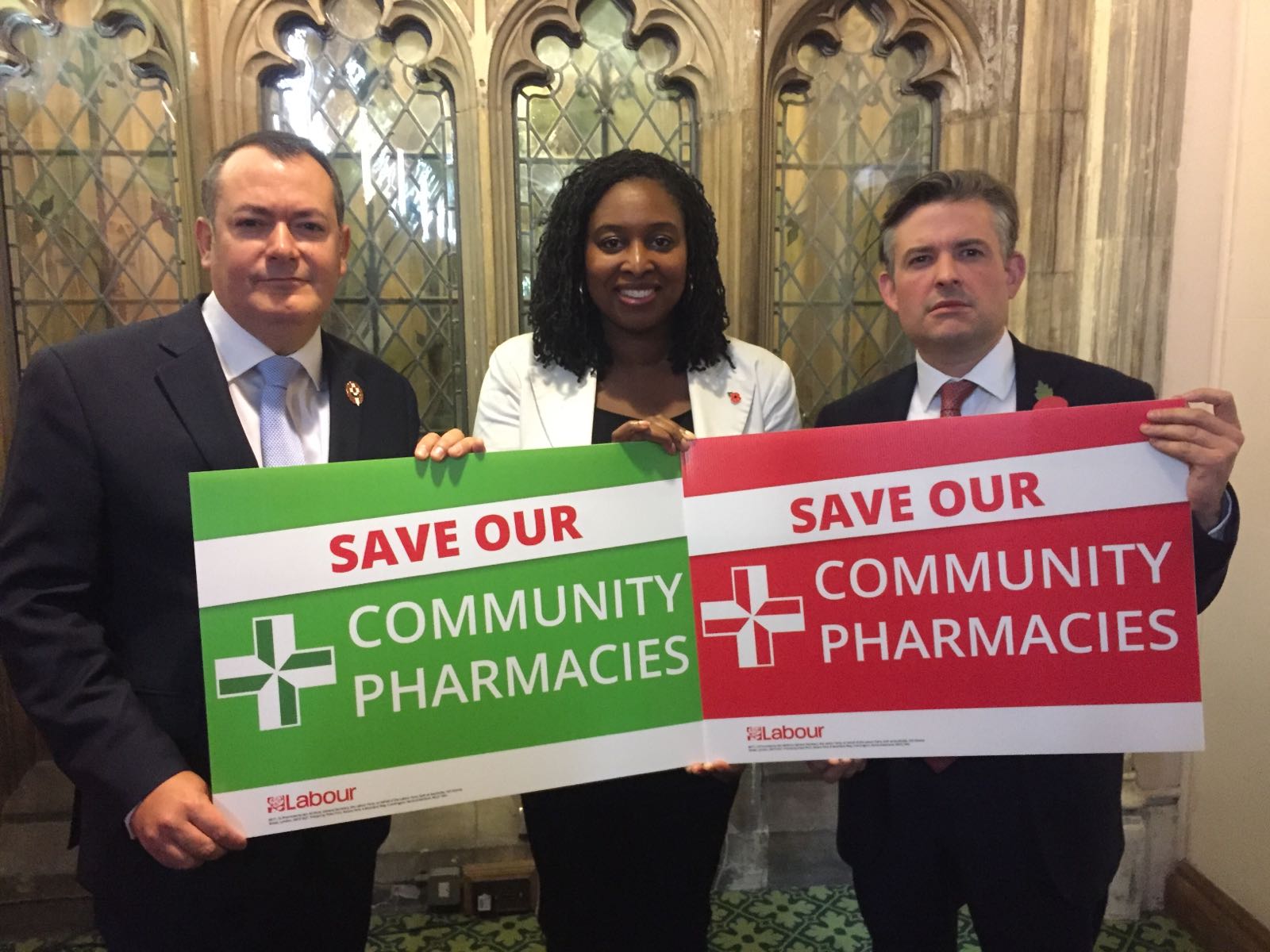 The reason why we need to have this debate on community pharmacies is because the government’s cuts in funding are a lose-lose policy. They are bad for patients and bad for other parts of the health service which will be put under extra pressure.

Community pharmacies are a vital part of our local communities. Not only do they make it easy for patients to get the medicines and appliances they need but they can get routine medical advice from the trained pharmacists.

The cuts totalling nearly 20 per cent over two financial years are a false economy. If as the government has indicated that up to 3,000 pharmacies could close this would result in people turning to already overstretched GP’s surgeries and hospital A&E departments.

Some of the most vulnerable people in society rely on these services. Under these cuts, the burden on our GPs and A&E services will only increase at a time when NHS funding is already at breaking point.

In my constituency of Brent Central, I see how people rely on local pharmacies as part of their daily lives. If these pharmacies were to close there would be a hugely negative impact on local people. It is true to say that local people inside and outside of cities rely on pharmacies.

I am particularly concerned about the impact that these cuts will have on diverse communities. Analysis from the National Pharmacy Association indicates that at least 60% of independent pharmacies are owned by people of African-Caribbean, Asian and minority ethnic background.

Pharmacy owners of diverse backgrounds are also much more likely to own single pharmacies or small chains. The Department of Health’s proposals show that these types of pharmacies are at greatest risk under the funding proposals.

These cuts will inevitably result in pharmacies cutting back their services and more people from African-Caribbean, Asian and minority backgrounds will lose their jobs. And official statistics show that people from diverse communities are already more likely to be unemployed than white people, with the unemployment rate higher amongst those of other ethnic backgrounds.

The government aims to reduce so-called “cluster” pharmacies. This refers to areas where three or more pharmacies are within a short distance of each other. However public data shows that these types of pharmacies are located in areas of high social deprivation and areas with greater black and minority ethnic populations.

Statistics from the National Pharmacy Association show that in these areas, an average of 16% of the population are of black and minority ethnic background. This is compared to areas in which they are not clustered, where just 7% of the local population are from diverse backgrounds. Clearly the government’s proposals cuts will disproportionately impact upon diverse communities.

I am open to measures that will increase the value for money for the taxpayer, however I will not support proposals that target diverse groups and will systematically ruin communities. These cuts are a political choice that will only serve to keep people poor. The government must reconsider their hugely damaging proposals immediately.