Dawn Butler MP last Friday met with local members of campaign group 38degrees to receive a petition and to hear their concerns about the Translantic, Trade & Investment Partnership (TTIP).

TTIP is a free-trade agreement currently being negotiated between the European Union and the United States. The trade agreement aims to remove tariff and non-tariff barriers preventing a whole range of U.S. goods and services from being traded on European markets. This trade agreement would cover areas as diverse as agriculture to pharmaceuticals, and much more. 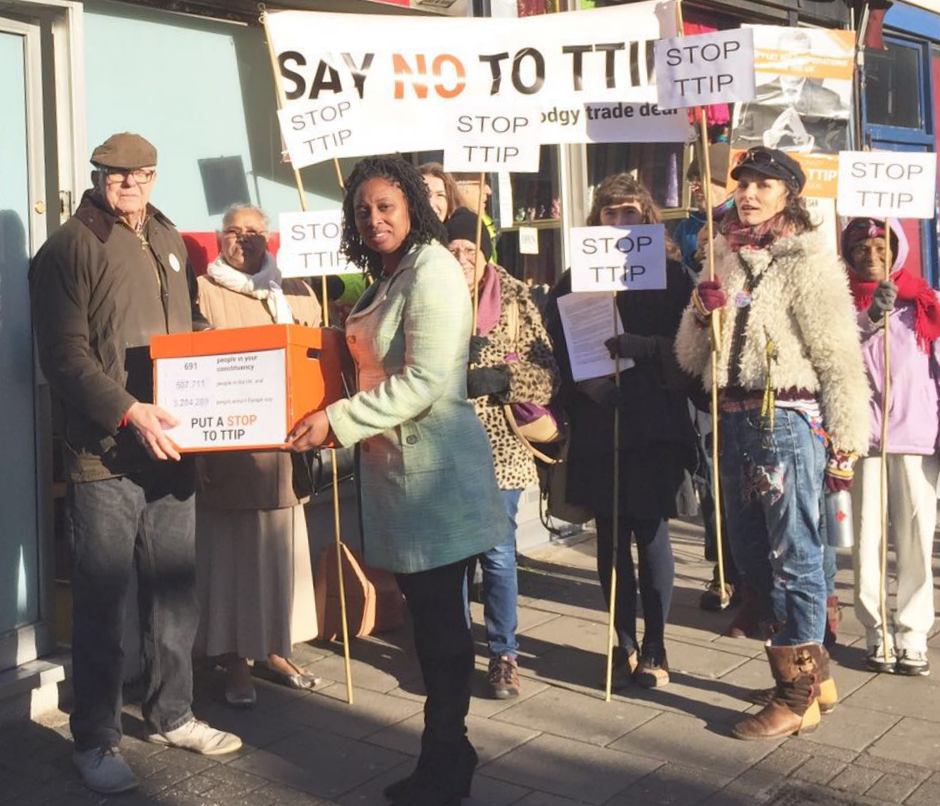 Nicholas Brown, who presented the petition on behalf of 38degrees said:

“Products for sale in the EU must conform to a number of regulations that protect the health of citizens and the quality of the environment.  The regulations in America are far less strict. For example, in Europe there are well over one thousand substances that may not be used when making cosmetics, but only twelve of them are banned in America.  In America it is legal to feed growth hormones to beef cattle, but it is banned in Europe because of a cancer risk.”

“I share the concerns about TTIP raised by 38degrees and the 691 people in Brent Central who have signed the petition. Across Europe over 3 million people have called for action on TTIP.”

“I believe negotiations of this sort are always best conducted in an open and transparent way. I am deeply concerned that this trade agreement has been negotiated behind closed doors.”

“My very specific worry is that TTIP could lead to the further privatisation of our health service with the NHS forced to compete with U.S. companies. We need a cast iron guarantee that the NHS will be exempt this trade agreement.”