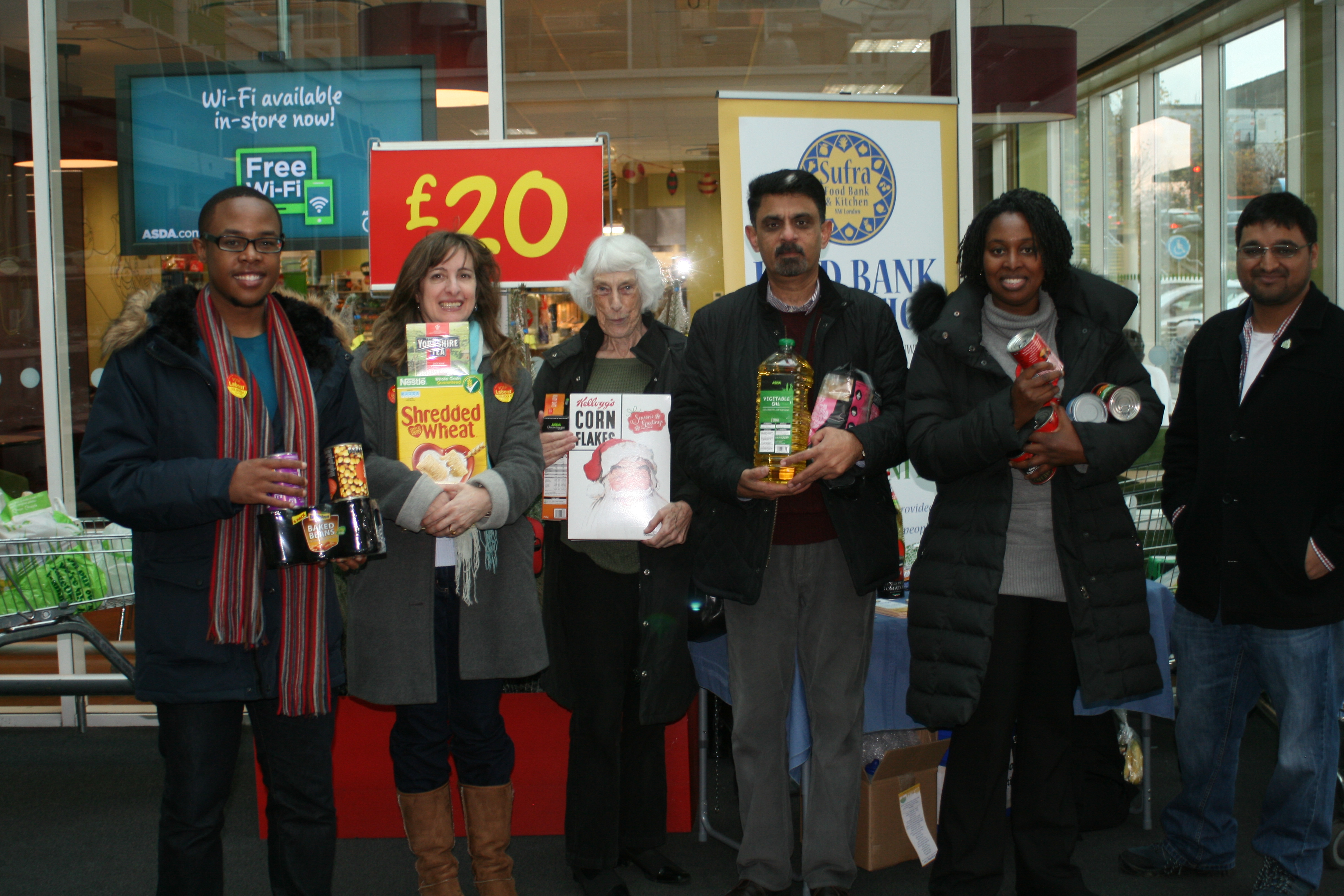 Brent Labour was delighted to help the borough’s leading Food Bank, SUFRA, at its collection at Asda Wembley Park on Saturday. Among the volunteers were Labour’s Prospective Parliamentary Candidate for Brent Central Dawn Butler, and Councillors Amer Agha and Pat Harrison.

Labour’s Prospective Parliamentary Candidate, Dawn Butler said: “”It was an honour to help SUFRA with vital food collections on Saturday, but it is simply unacceptable in this day and age that thousands of families in this Borough have to rely on emergency food aid.

This Lib Dem and Conservative coalition have done nothing to help people struggling below the poverty line, under a Labour Government we will freeze energy bills, raise the national minimum wage and protect those most vulnerable in our society.”

Councillor Amer Agha said: “Many people are finding life difficult at the moment, including in Welsh Harp, the ward where I live and represent. That’s why it’s so important that we join together as a community to support the work of groups like SUFRA. Thank you to everyone involved.”

Over the course of the weekend, the Leader of the Council, Councillor Butt also volunteered, as did several other Labour Councillors.