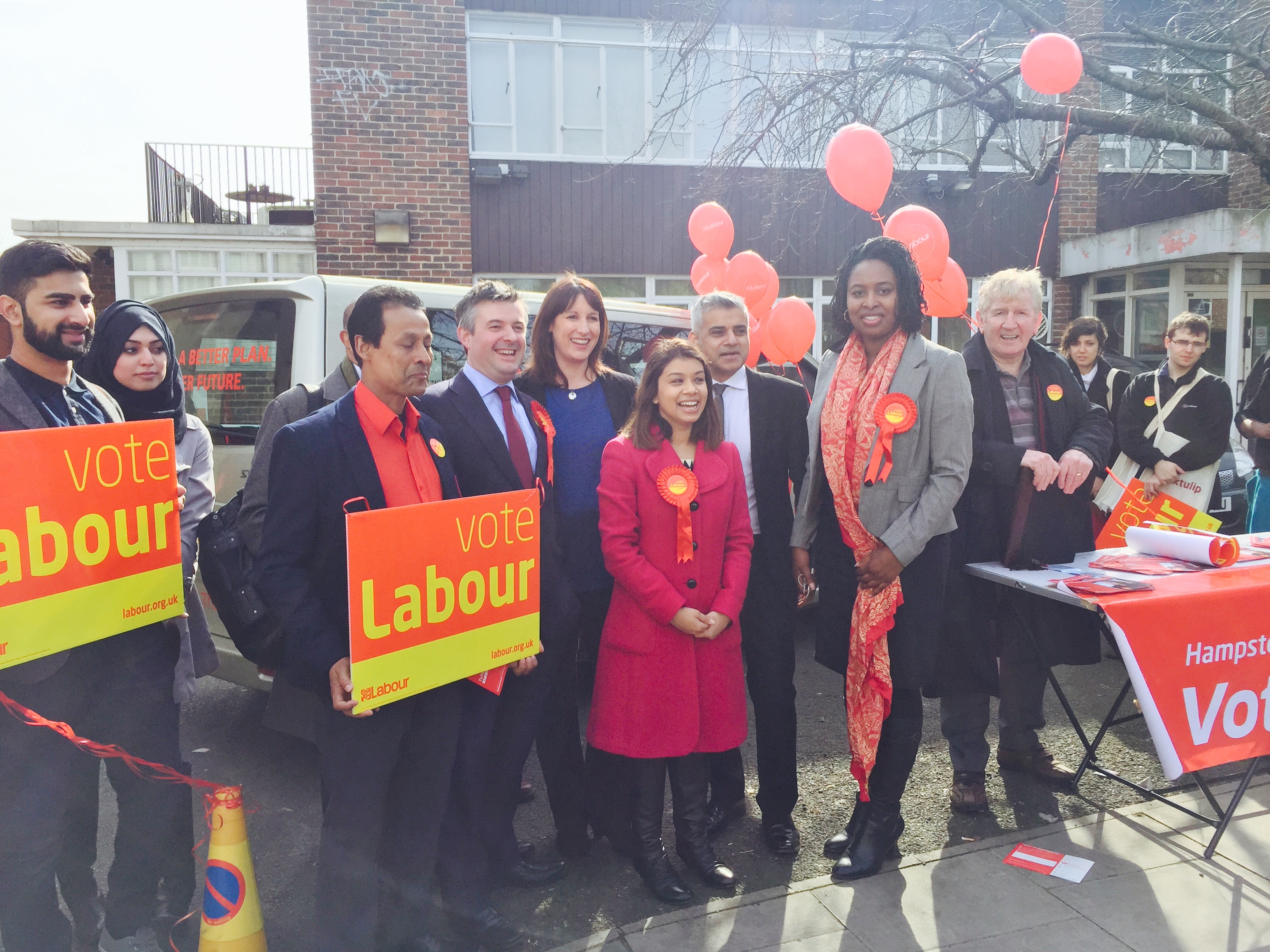 The new bus rolled into the car park of Elders Voice -; a day care centre for the elderly -; in Mortimer Road, Kensal Green. On board with Dawn Butler were Sadiq Khan, Shadow Minister for London and Rachel Reeves, Shadow Secretary of State for Work and Pensions.

Sadiq Khan MP said: “Dawn is a fantastic local candidate who is spending every day speaking with voters about the issues that matter to them. London holds the keys to Downing Street. Our battle bus will be making its way round the capital every day, visiting key battleground seats with candidates and campaigners helping us secure a new generation of Labour MPs after May 7.”

Dawn Butler said: “It’s a great honour that the London Labour Party have chosen to kick start the campaign in Brent. I’m devoted to Brent and determined to win another opportunity to represent its people.”

“If elected, I’ll ensure that basic quality of life issues for people in Brent are pushed hard in Parliament, from affordable housing to energy prices and investment in our local high streets,” Dawn concluded.