After the Government announced that it wanted to force every school to become an academy, Dawn spoke out and said that she would fight the Government to make sure that good schools were not forced into converting.

Since then, the government have backed down over their initial plans amid the opposition they faced from teachers and parents. The Under Secretary of State issued a written response to Dawn’s letter, in which Lord Nash said that there would no longer be a forced academisation program and there are no plans to reintroduce this by new legislation.

You can view Lord Nash’s response to Dawn’s letter below. 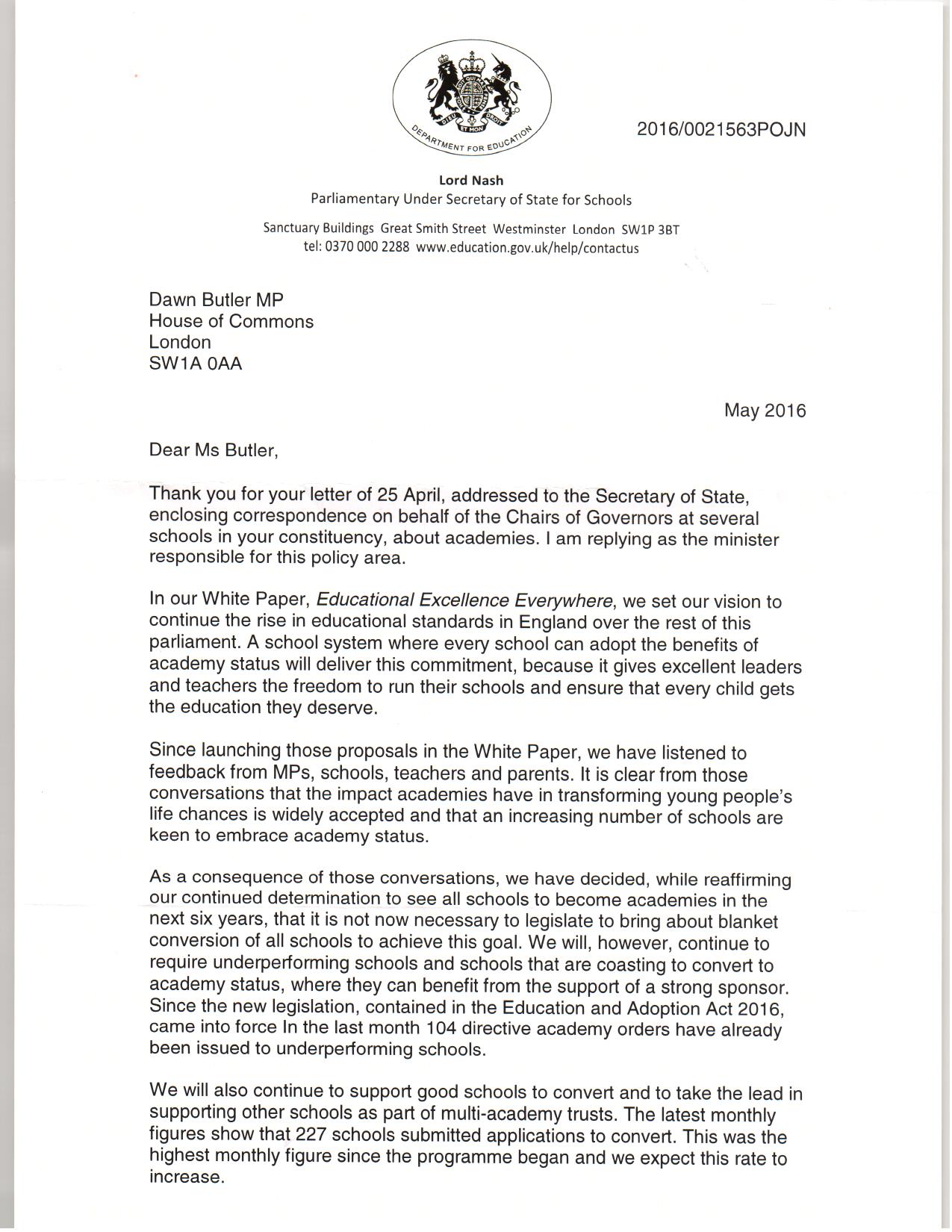 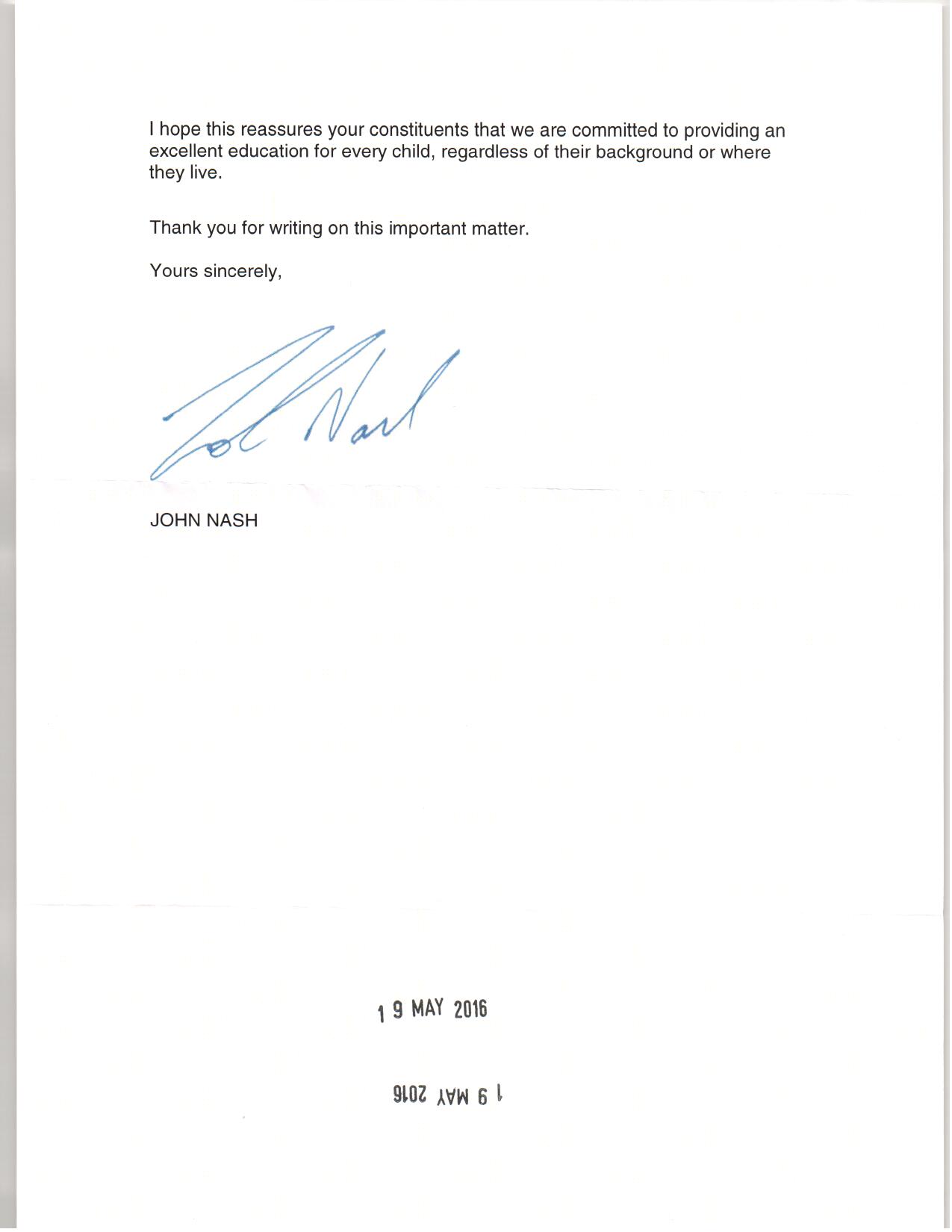